You Must Build A Boat (PC) Review 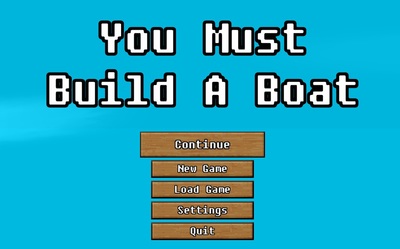 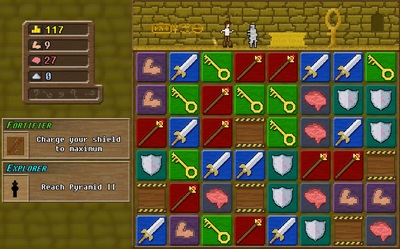 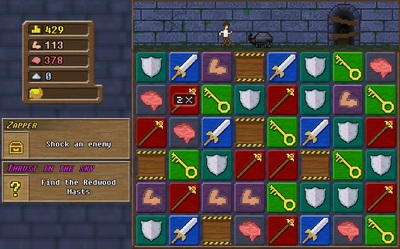 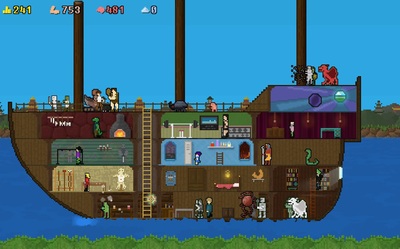 The only story you need to know about this game is that you must build a boat.  That is all the back story we get here which is not much different from the non existent story from the first game.  You start off on a small boat with no upgrades, one vendor and two allies that walk you through the basics of the game.  As you unlock more vendors, your ship grows bigger and eventually you go from a small ship to a full sized one.  This all leads you the the games goal of getting to the end of the map.

Progression goes as follows, When you start a dungeon you get two to three quests that you have to try to complete.  Completing a quest unlocks a upgrade vendor, an item, gold or the ability to recruit a monster to join you.  More quests unlock until all quests are completed for an area.  Once that happens the game moves you to the next area where you do this process all over again.  While this is similar to the same progression 10,000,000 used, I felt this time the progression was more rewarding and straight forward.

Being a sequel, there are some changes from the first game.  This game replaces the wood and metal from the first game and replaces them with muscle and thought.  These new resources are used to recruit unlocked monsters which when added to your ship give you small bonuses for your dungeon runs.  More vendors are added to give the player more items to spend there money on.  All of these changes are for the good in my opinion.  I felt that nothing was taken away from the previous game, only added.

The actual dungeon running part of the game is still mostly similar to the first game.  You match sets of three to five tiles on the board while your character is running across the top of the screen.  You match sword and staff tiles to attack monsters, shield tiles to help protect yourself and chests to unlock items to use in the dungeon.  Some changes are when going into dungeons and as you progress through the dungeons random helpful or harmful effects are applied to the dungeon run.  Also items now stay on the game board instead of getting moved over to an inventory screen.  The only change I did not to dungeons was the inclusion of traps.  Occasionally trap icons float across the top of the screen and if you don't match the corresponding tile in time a harmful effect will hit you.  This may not be a big deal to most but I had it happen a few times where I lost a run due to there being no matches for the trap easily available.

My biggest complaint with the game is the same complaint I had with the first game in the series, the dungeons are too random.  Now I understand that random dungeons are a main point about this game, the runs usually only last a minute or two and randomness is what keeps them interesting.  That is all good and well except I found a lot of times that I would be trying for 30+ minutes to finish a quest to advance the map and I either could not get the item I needed or i kept getting bad dungeon modifiers.  Then all of a sudden the stars would align and I would get an amazing run and complete the quest.

After you beat the game you have the option of starting over with a higher difficulty.  You also unlock daily challenge runs.  While one run of the game was enough for me, it is nice that they added options for players you want to continue playing the game.

Some sequels never emulate the success of the games before them.  You Must Build a Boat does a good job of showing how you can build on a successful formula.  The game additions are well done and while the game still has some annoying flaws, they can all be overlooked.  Still, if you were not a fan of the first game you will find nothing here to change your mind.