While I was never very good at the game, I always enjoyed the stages and the animations.

I found the simplicity of playing this game to be its greatest asset.  While football games have greatly evolved over the last 20 years, this game is still fun to play when I'm looking for a quick game.

What would be a start to a very successful franchise for Nintendo, this is a fun racing game to play by yourself or with a friend.  I always enjoyed the battle mode.

I never got a chance to get Super Punch Out for the SNES, but I got this instead.  While not the most advanced boxing game I have ever played, the character creation and career mode were enough to keep me playing this one.

This game is hard.  But with its 6 different playable characters, level up elements and two player mode, this game gave my brother and I plenty of fun times.

Being the first RPG that my brother and I were able to play together, this game was alot of fun for us.  Every couple of years we still play thru the game.

While I'm not a fan of basketball, this game had a unique charm to it.  I never get tired of the announcer.

The atmosphere of the game was great.  The graphics and sound where fantastic.  This is one of those games that holds up well even today.

I spent many hours playing this game.  While not as advanced as current day hockey games, the game was simplistic and had a very good control scheme.  When I got NHL 13 I used the 94 control mode. 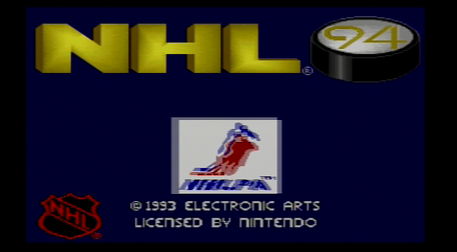 Many argue over which Final Fantasy game was the best.  For me it was this one.  A great story and memorable characters help keep this game when of the best I played on the SNES system.