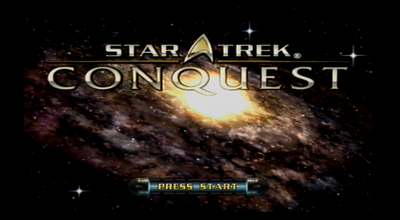 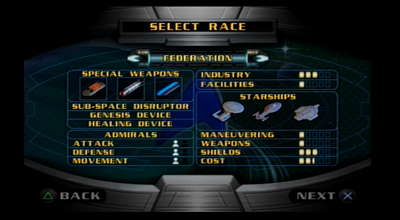 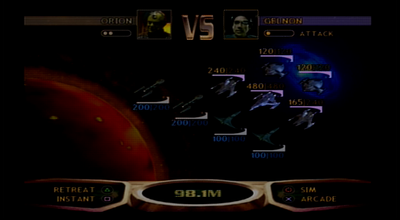 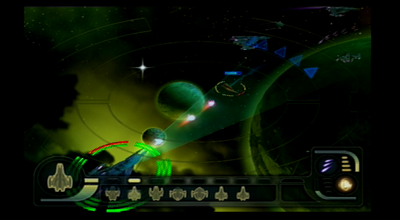 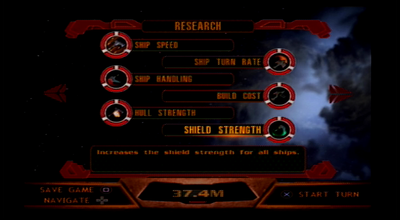 Review
by Thonos
7/10/2015
​
Every time I see a game based on the Star Trek license I cringe and get excited.  While I have played some great Star Trek Games over the years, I have also played a lot of bad ones.  Being a fan of strategy games when I saw this game I knew I had to get it.  I always get worried getting strategy games on a console since I usually don't find them to be the right platform for these type of games.  In this case the game works but at a cost of complexity.

The game uses a modified slightly modified universe to explain why the universe is at war.  You get six factions to choose from:  The Federation, Romulans, Klingons, Breen, Cardassians and the Dominion.  The game states that diplomacy has failed and only total conquest will win the game.  What is interesting is that in the Star Trek universe these factions were at war during the Dominion War, but it was a 3v3 not a free for all.  While the game does take some liberties with the Star Trek universe, it still sets the tone for the game.

The game lets you start/continue a campaign or do a skirmish mission.  When you setup a campaign you pick your faction, how many opponents, which admiral you start with and which difficulty level to play on.  The difficulty effects your starting money and how aggressive the A.I. is.  During my playthroughs of the game I did notice a slight change in the computers aggression but it was not that big of a deal.  Teh game only has one map to play on and each side has a fixed start location.  So if you do play this game multiple times you learn where all the choke points on the map are which does trivialize the game a little.

At the start of each turn you are shown your empire status.  The most important items here are your research, money and status of your special weapon.  Once you get enough research you are allowed to upgrade one of six choices for your faction.  Each faction does have slightly different upgrade options and each option can be upgraded three times.  Each faction also has a special abilities bar that once full allows you to pick one out of three special abilities.  Again each faction has slightly different special abilities but usually at least one attack and defense option.  The special abilities are a nice touch although near the second have of my game I was able to build one every turn which kind of takes the special out of them.  Still they do come in handy depending on your situation.

The game has a very simple planet management system.  On each planet you own/capture you have the option to build a mining or research station and either a normal starbase your a stronger one.  You can also build two sets of turrets to protect your structures.  That is it.  You only need so many research stations until every turn you are getting an upgrade so I eventually ended up putting mining stations on every planet, which got my a crazy amount of money each turn.  Starbases are good for defense and repairing/building new ships for your fleet so you always want them up as well.  While the simplicity of planet management fits the style of the game, it is pretty bare bones.

The game also has a simple fleet system.  You can only create fleets on your homeworld and you are only allowed to create three fleets at a time.  When you create a fleet you pick an admiral you controls the fleet, gains experience and levels and adds a bonus to the fleet, like extra attack damage.  Each fleet is also limited to seven ships so to me the world fleet doesn't seem right.  I would call them attack groups.  On top of that you are only given three ships choices: scout, cruiser and battleship.  Each one is names after a ship type depending what faction you play as (ex. Romulan battleship is the Warbird class, Federation scout is the Defiant class, ect.)  While this all fits into the simplicity of the game, I was hoping for more ship choices in the game since the Star Trek universe does have some interesting ship designs.

When you attack another planet and/or fleet you are then given a choice to do instant combat, simulate combat or arcade combat.  Instant resolves the battle with one button and shows you the outcome.  When you simulate combat both sides start attacking and you can issues broad commands like full attack, defensive posture and if you want you can retreat.  Arcade mode loads a battle map where you can manually take control of ships in your fleet.  When you take control of a ship you control its maneuvering and its targeting and firing.  I found instant combat to be very effective if you know you are going to win while simulating combat was good if you thought there was a chance of losing your fleet.  I never liked arcade mode and only did it when I was bored.

The thing with arcade combat is that when I did it I really didn't see an advantage to doing it compared to instant or sim combat.  Sure it was more involved but everytime I went and did it I felt I was hurting my chances to win the battle.  The ships handled well enough for me but I felt the targeting was a little clunky.  Often I would target a certain section of shields and I would end up hitting the wrong area.  This was my experience, yours may not be so bad.

The games skirmish mode is there if you are a fan of arcade combat.  Here you can pick your side, your admiral, there level and what ships are in your fleet.  You then pick your opponent, there admiral, there level, there fleet composition and, if your attacking, if they have any buildings/defenses.  You then pick which planet your attacking and the game starts.  The rest plays out like an aracde battle.  This mode is good if you like arcade battles or want more practice with them.  A nice feature with the game is that when you complete campaign mode with different factions you unlock extras in skirmish mode like extra ships and more planets to battle around.

I found the graphics to be mediocre at best.  The menus and overview map look bland and unimpressive but still informative.  To me everything looked washed out and this was on two different TVs.  The arcade mode did look better to me but it was still far from great.  I though the ships had some detail to them and the weapon effects looked decent.  Overall this is not a game you get the its graphics.

The games audio is better than its graphics but still far from great.  The game uses Star Trek sound effects for its menus which makes sense, its a Star Trek Game.  When in arcade mode you get the weapon effects from the ships.  The games music also fits the mood of the game.  Again, the audio in the game works but it was nothing that stood out to me.

This is a functional but watered down strategy game.  You are given one map, limited ship choices, limited fleet sizes, limited build options and only one way to victory.  You do get some options in the combat but I didn't find all the choices that great.  The game does work though and if you like Star Trek or strategy games this is a good way to kill a 2-3 hours.  If you are looking for a more in depth startegy game based on the Star Trek license, you will want to look somewhere else.