THE GAMERS LIBRARY
September 2019 Retro Article:  Castlevania II:  Simon's Quest
By Thonos
​9/26/2019
​
Article Note:  This is a recount of my memories of playing Castlevania II:  Simon’s Quest for the NES. For this article I replayed the game on the Castlevania Anniversary Collection on Steam.  All screenshots shown are from that version. 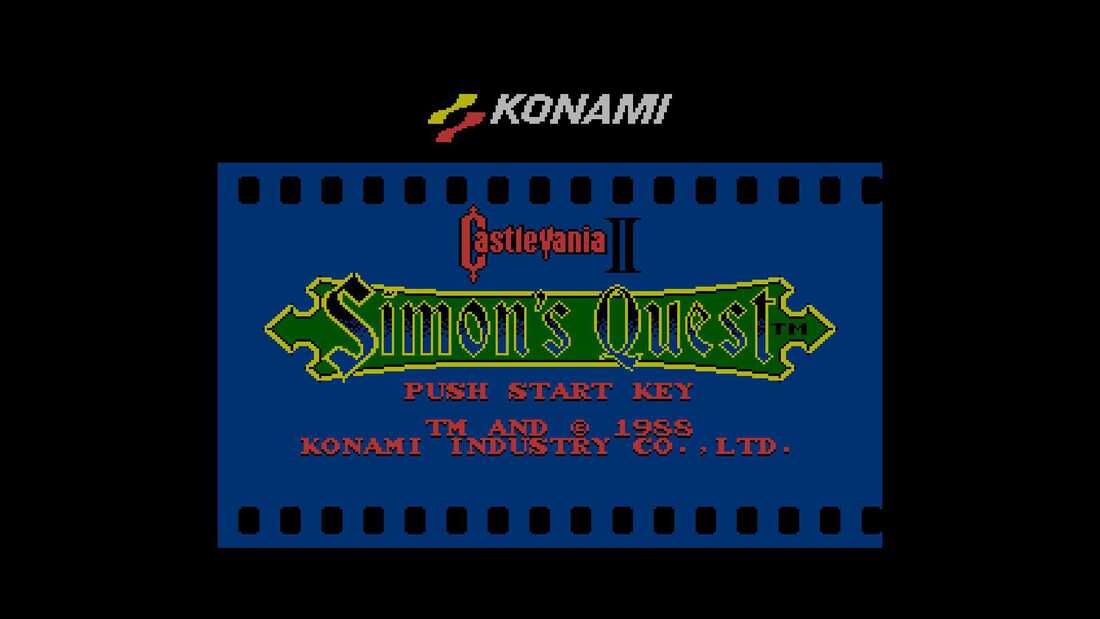 Any Top Ten lists of NES games that I do usually has Castlevania II:  Simon’s Quest somewhere on the list. While I am not a big Castlevania fan by no means, this game in the series is my favorite.  I loved the setting and atmosphere that the game portrayed. I particularly liked the day/night mechanic which made enemies harder at night and had all the towns have demons in them,  I am a fan of the graphics, but the music is top notch and has some of my favorite video game music of all time. For all the praise I give the game, it does have some flaws, but this still remains a game that I highly regard. 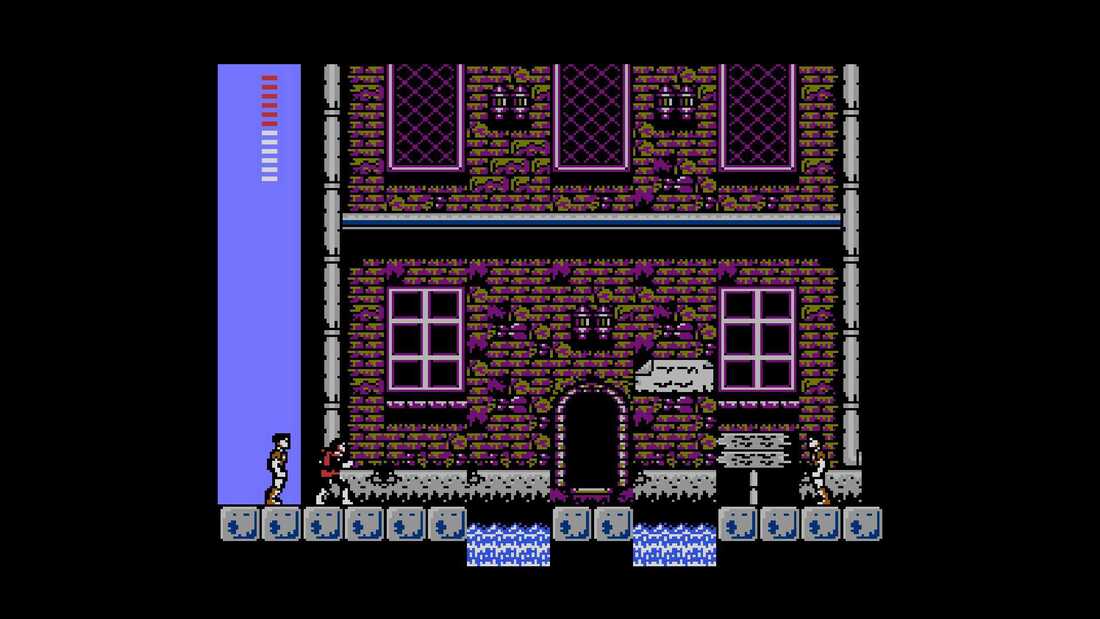 The game has you playing as Simon Belmont and your goal is to defeat Dracula.  You do this by going to towns, getting information, exploring the world, getting items, clearing Dracula’s five mansions to get his body parts and finally going to his castle to defeat him.  This sounds like it takes a while, but when I did the playthrough for this article I beat the game in about four hours. When I was playing the game I realized that the game world was not very big.  It just seems like it is due to all the backtracking you have to do. 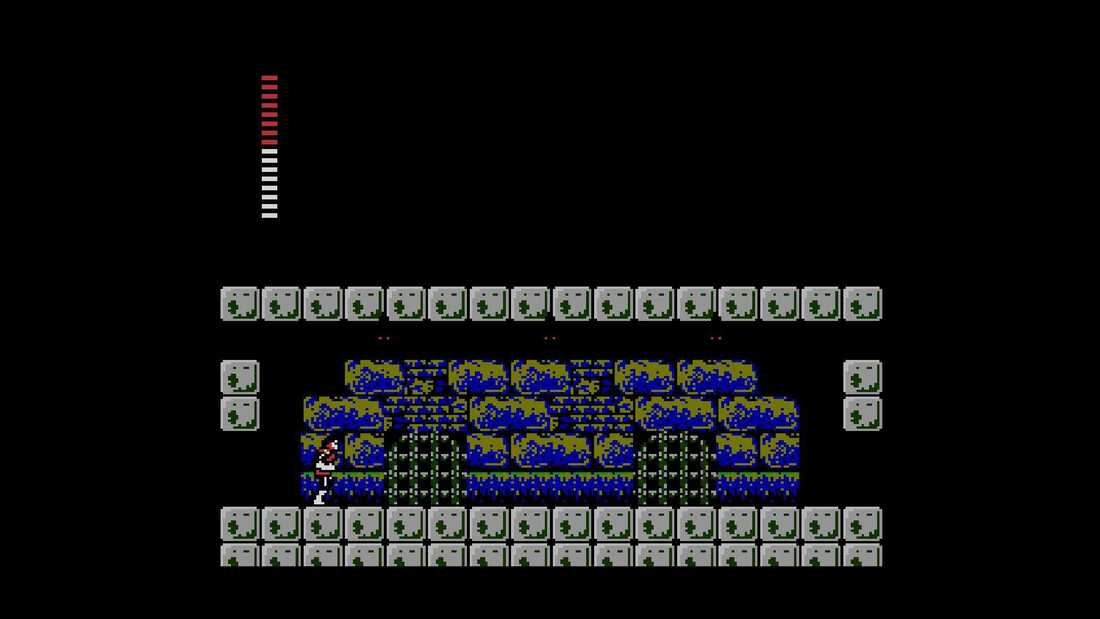 The combat in this game is very straight forward but satisfying.  You collect a wide variety of items in your travels and while everything has a use, most are only used for one purpose.  And this is where the game gets annoying; the game tells you what to do my talking to townspeople when visiting towns but the advice is usually pretty vague.  I remembered some clues from back when I used to play this game quite often, however, I ended up going to a FAQ when I got stumped. There are also a few tricky jumps that if you did not do them just right you would die instantly.  Dying and backtracking is what gave made this game feel longer than it really is. 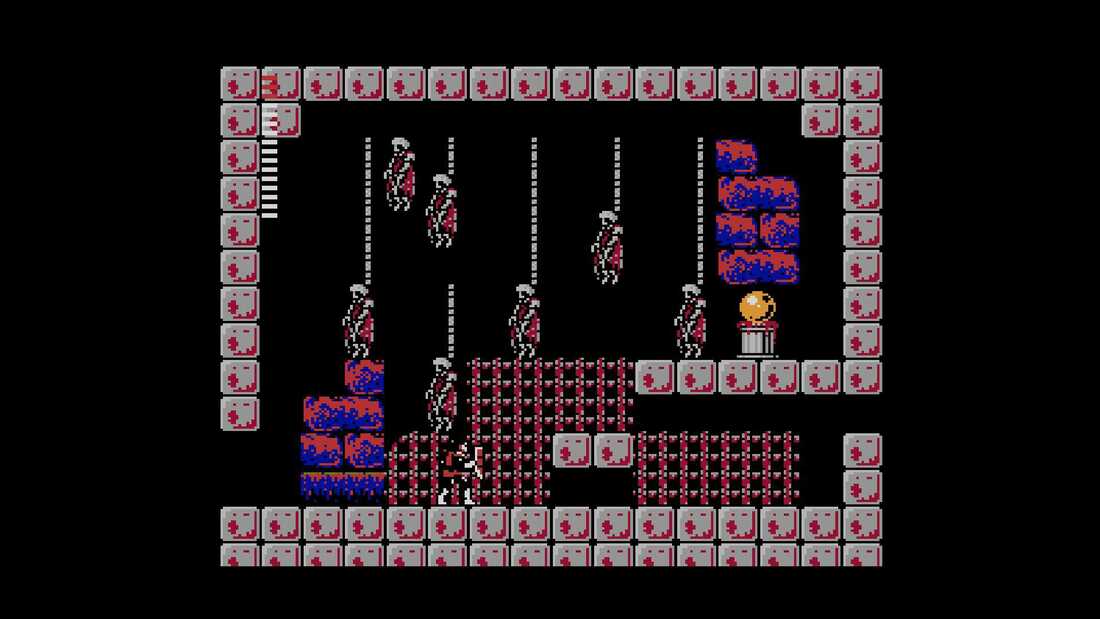 As I stated before, I am not a big Castlevania fan and with that said this is the only game in the series that I really liked.  The series itself has been released on almost every mainstream console and handheld since the NES days and most of those games got great reviews.  Simon Belmont was a recurring character in Captain N The Game Master and there is even a Castlevania animated series that Netflix put out. There are also books and comics based on characters from this franchise.  This game might not be everyone's favorite in the series, but playing it again has revived my interest in the franchise and has me interested in going back and playing the other games in the series.