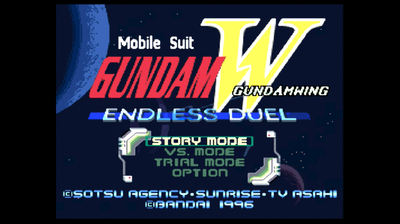 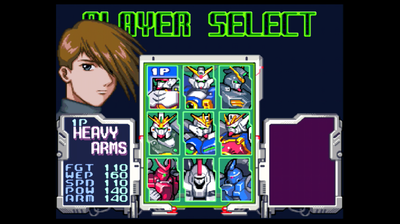 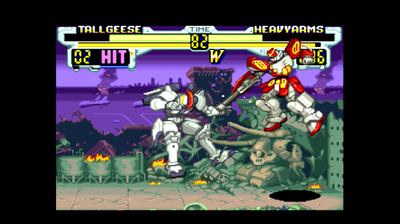 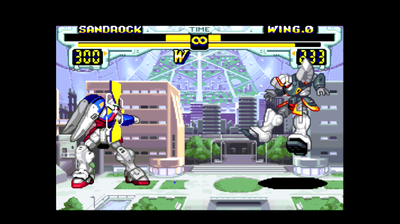 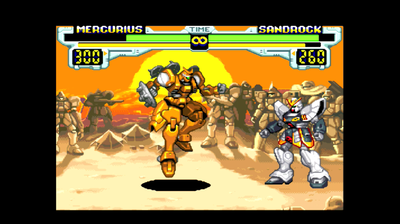 (REVIEWER NOTE:  This is a fan translated version of the game on a SNES cartridge.)

In the late 90's one of the first anime shows that I got into was Mobile Suit Gundam Wing.  Between the action, the setting and the characters I truly enjoyed the series and due to this I started to follow other Gundam series that have come out since and before this one.  One thing though was that we never really got any games that were based on the Gundam Wing series other here in the US.  Sure, we have gotten games that featured some of the characters from the series but never an official release of just Gundam Wing characters.  While in college I played a ROM of Mobile Suit Gundam Wing Endless Duel, a Japan only fighting game using only Gundam Wing characters.  Fast forward many years now and I now have a copy of this game that is fan translated and on a US SNES cartridge so I can play it on my SNES.

Gundam Wing takes place in the future in the After Colony timeline.  In this future space colonies have been established and are controlled from Earth.  The colonies want independence and the Earth is against that.  After an incident involving the space colonies leader, five scientists create a plan involving powerful mobile suits called Gundams.  These gundams are sent to Earth to fight OZ, a branch of the Earth's military.  This is a really simplified version of the anime's story.  The game itself does not follow the story from the anime but does use most of the major characters and there mobile suits and puts them into the game.

The gameplay is decent for a fighting game.  You have four attack buttons which correspond between either strong attack, weak attack, weak weapon and strong weapon attacks.  Another feature is that if you are far enough away from the opponent you can fire bullets from your suit to keep them away from you.  Each of the playable suits in the game play the same, but feel different when you use them.  They all have there moves and weapons from the anime.  The game can be challenging on the higher difficulty settings, but I never felt the game was being cheap.

The game has three modes plus some options.  The story mode is the games main mode and is basically an arcade mode.  There is no story here, you pick a character and fight the eight other characters one after another.  If you lose a match you can choose to continue and select a different suit to use.  Once you get past the eight other characters you fight the final boss, the Epyon Gundam.  The game also has a VS mode were you can fight against another human opponent.  The Time Trial mode lets you pick a suit and fight a one round match one after another on one life seeing to how far you can get.  While I would have liked more to do in the game, I  enjoyed the modes in the game.

The game features nine playable mobile suits and one hidden one.  You get the five gundams from the series plus the Wing 0 Gundam which ended up becoming the main gundam in the series.  You also get the Tallgeese mobile suit along with the Mercuruis and Vayeate suits which were shown in the series. The 10th suit, Epyon Gundam, can be unlocked using a code on the character select screen.  Overall this is a good selection of mobile suits to pick from, the only downside is that some of the mobile suits got upgraded later in the series like the Deathscythe Gundam and they are not present in this game.

I thought the game's graphics looked very good.  The character's suits look decently detailed along with the pilot portraits.  Each suit has its own stage background when you fight them and while they are not interactive, they are animated and decently detailed.  The audio in the game is is well done from the stage music to the sound effects.  I will also say that the opening is very well done, they used the musical tune from the opening song of the second part of the anime.

It is a shame this game never came out in the US.  It is understandable though, by the time Gundam Wing was getting popular in the US, the SNES was on its way out.  To me, this is a great game and I'm glad I now have a copy that works on my SNES system.