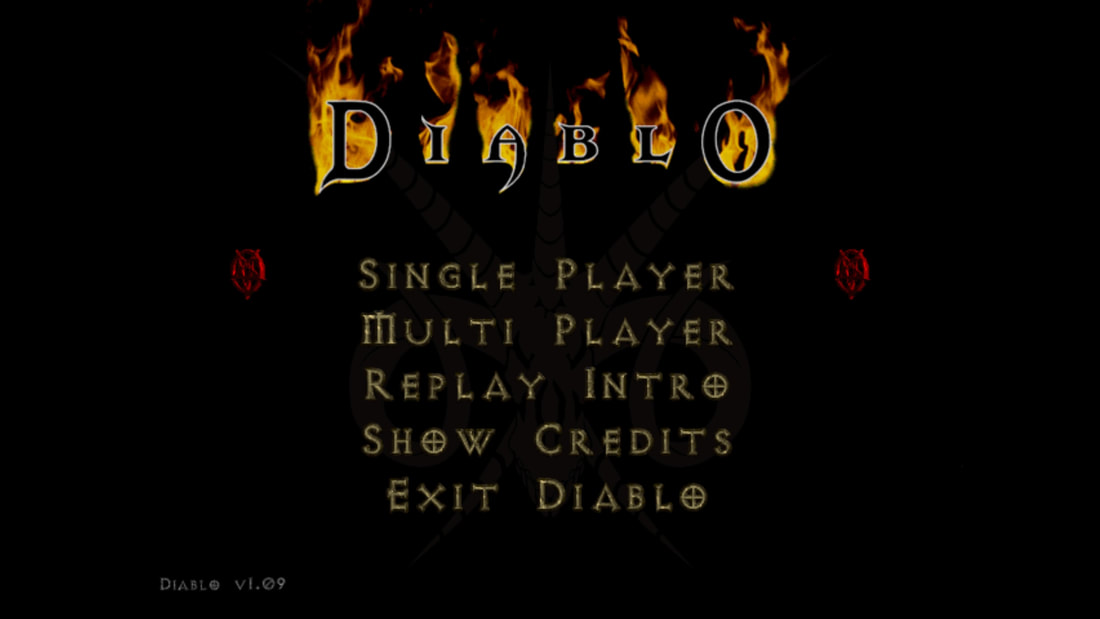 Seeing that Diablo just got a digital release on PC, I figure this would be a great time to talk about it.  Released in 1996 by Blizzard Entertainment, this is an action RPG that lets you fight through sixteen levels filled with monsters and demons with the goal of defeating Diablo himself.  Along the way you pick up a variety of items, weapons and armor. The game had three playable classes that all had the advantages and play mechanics. The game does have a good story, although at the time I wasn’t very interested in it. 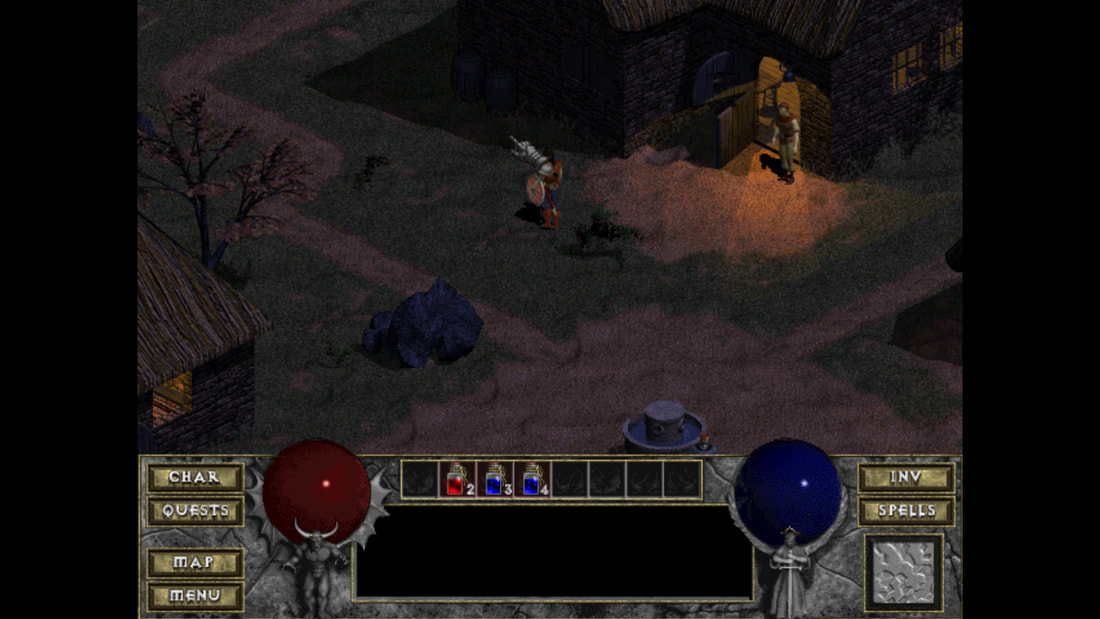 Diablo had a few interesting mechanics.  First off every time you played a new game the levels would be randomly generated so no two play troughs were ever the same.  Also, Diablo was one of the first times I played a game over the internet. The game used Blizzard’s Battle.net service and was free so as long as you had an internet connection there was no reason not to try it.  You could play with up to four other players online and while you could attack other players, there was never any benefit to it.
​ 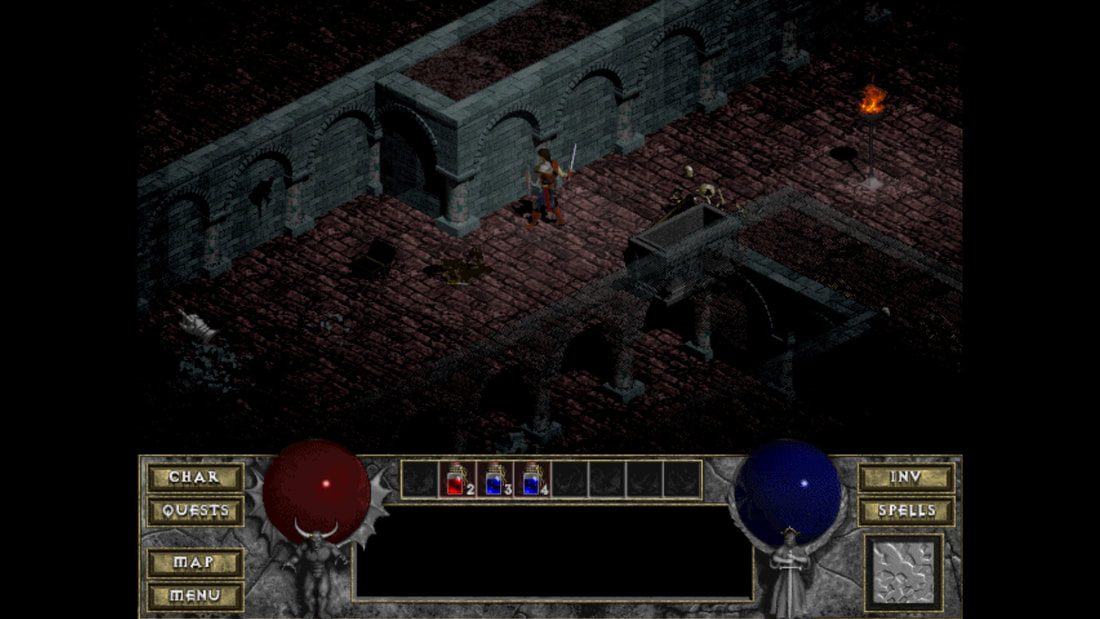 I have a few fun memories of this game.  First off, the game was noted for having many ways to cheat.  Besides there being programs that let you generate any type of item in the game, there was a way to easy duplicate any item in your inventory.  You would go online and there would be games you go into just filled with weapons and items on the floor. In the one game I joined the person who created it lined everything up like he was running a store.

Another time my brother and I were playing on Christmas eve and had a run in with an annoying player.  The person was trying to get us to join his clan and we were not interested. But they were persistent and followed us around for a while.  We ended up spending the whole night going into every game this person created and telling people not to join his clan. Not the most interesting way to spend Christmas eve, but at the time the playing online was still new to us and we had a blast with it. 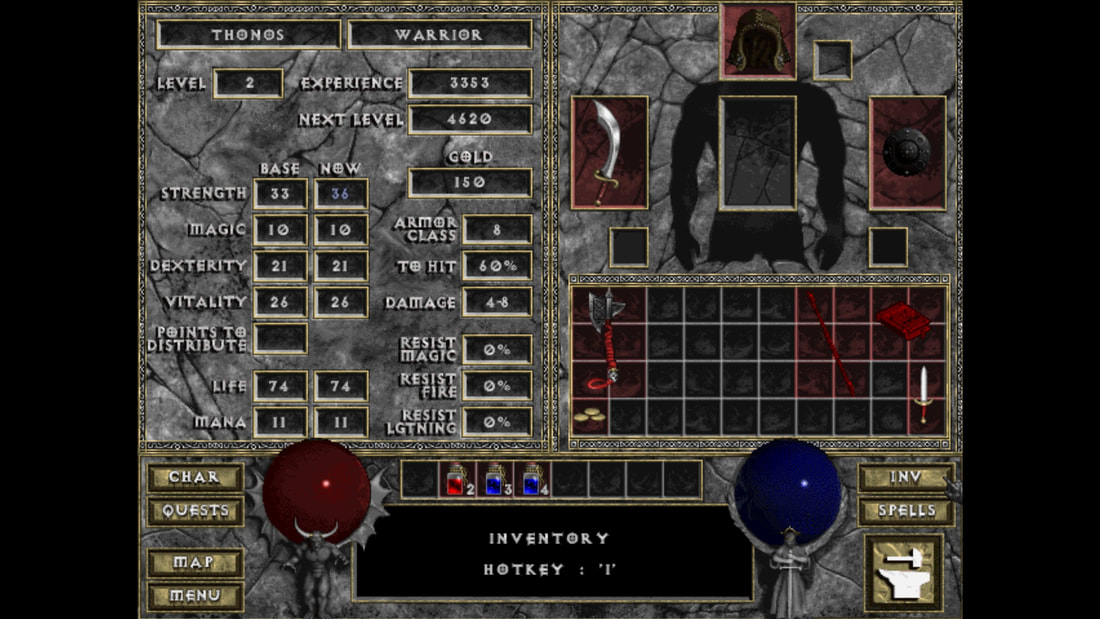 The game had an expansion come out the following year, which did not add much to the game besides a new class.  There was also a Playstation 1 port of the game. While Diablo 2 and its expansion are hailed as the best games in the franchise, I found them to be good games and nothing more.  Diablo 3 had a rough launch, but with many patches, game design changes and it’s expansion, I feel this is now the best game in the series. Besides the games there are books and comics that expand the Diablo universe

I have always had fun with the Diablo series.  I spent a lot of time with the first game and had a lot of fun online with it.  When I was playing the game for this article I have to admit the game has not aged that well, but it is still very playable.  More importantly, this game launched a very well regarded series of games after it. Like most of Blizzard Entertainment’s games from the late 90’s, this one is a classic and rightfully so.