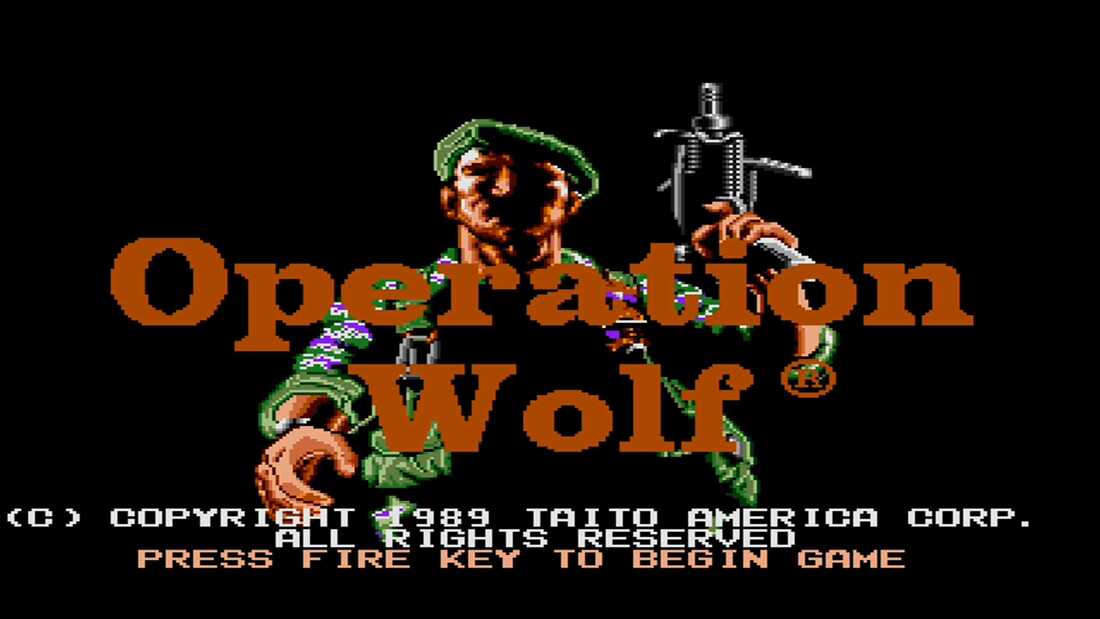 I have always been a fan of Operation Wolf.  I played the NES version of the game a lot as a kid and while I always enjoyed it, I was never the best at it.  I preferred using the controller vs the zapper due to the fact I seemed to do better with a cursor.  I always wished the game had mouse support.  Decades later I found out the game was also released for DOS the same year it was for the NES and this version had mouse support.  So I found it, fired it up and gave it a go. 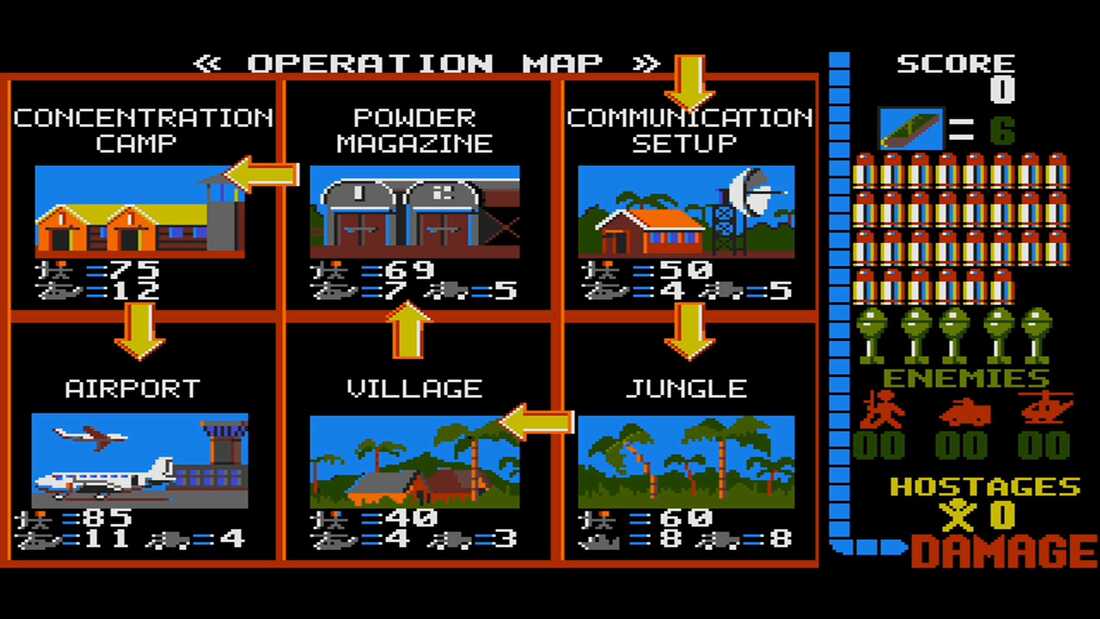 I’ve already written a review of the NES version here, so I’ll do a quick recap.  You play as Roy Adams, a special forces soldier who has to rescue hostages from enemy territory.  There are six levels and your goal is to simply get to the end of the game saving as many hostages as possible.  The game is an auto scrolling game, all you have to do is shoot everything on the screen.  The game tells you how many of each enemy is left on the screen and you lose if you either run out of health or ammo. 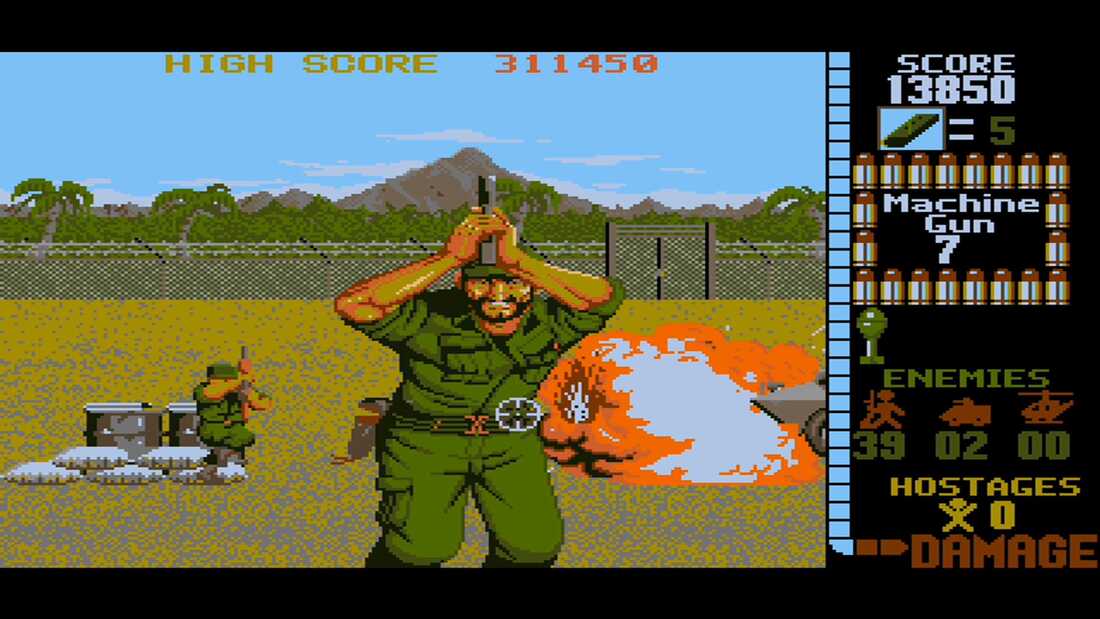 Both versions of the game play the same.  You still progress from mission to mission the same way  I feel the game looks more detailed on the PC version while the sound is about the same on both versions.  I will say though the PC version is a lot harder.  On the NES I can easily get to the third level plus the random encounter.  In this version I can’t tell you if there even is a random encounter, I can’t get past the second level. 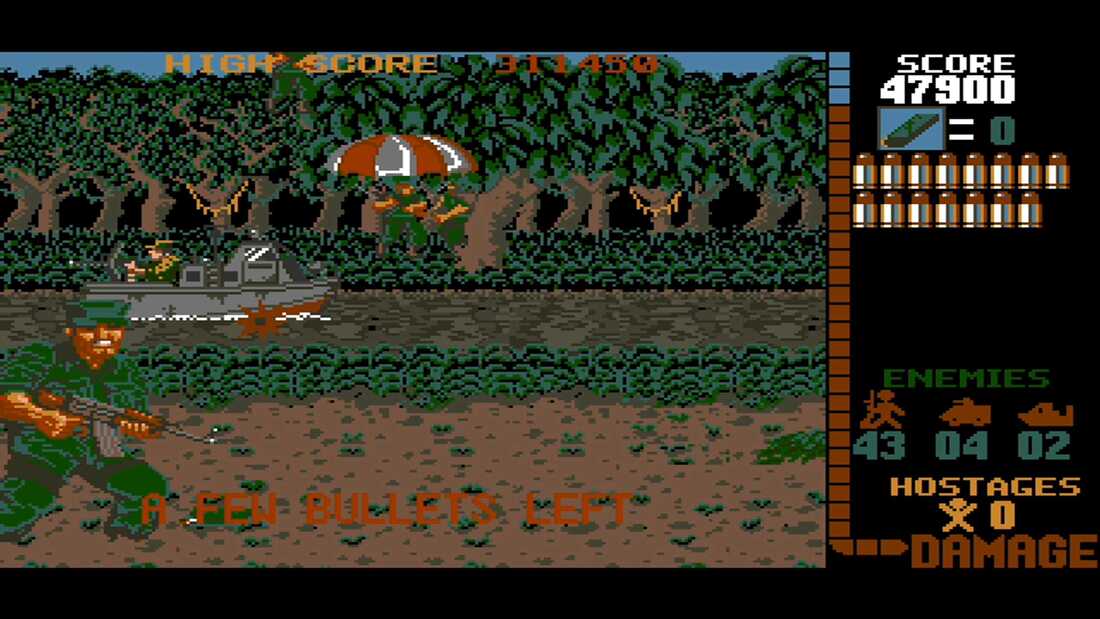 The PC version lets you use a keyboard controlled cursor or a mouse.  I have always felt a mouse would be a perfect fit for this game and I was right.  My reaction time was smooth and I could quickly acquire targets with the cursor.  In the end, though, when I compare this to the NES version I really couldn’t tell a difference between using a controller or a mouse.  I feel that has to do with the NES version being overall easier than the PC version. 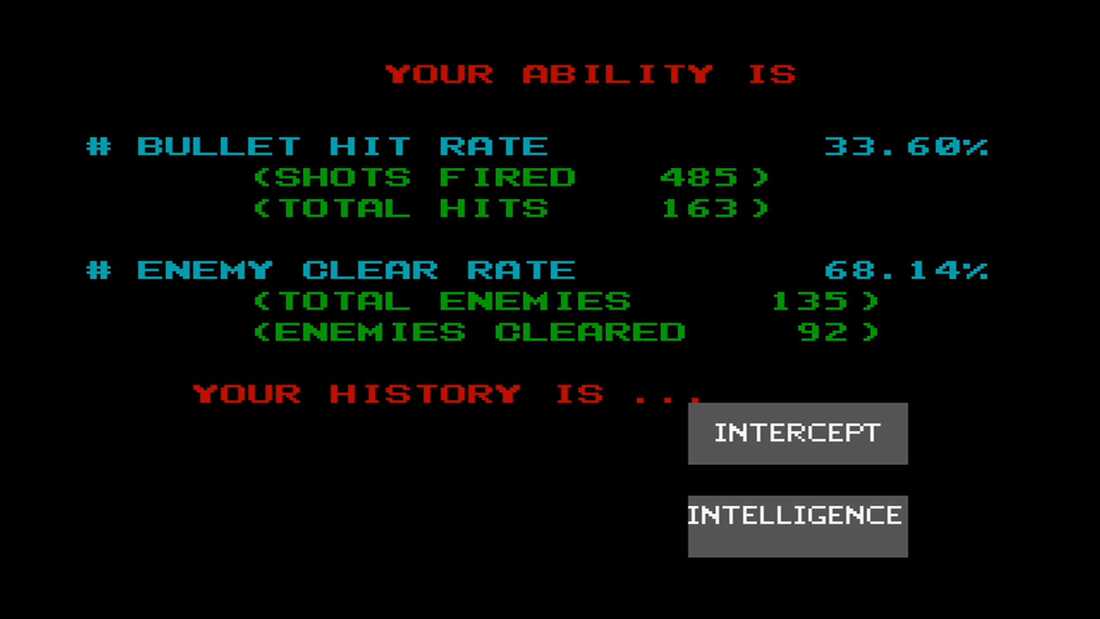 While the game has a simple premise and execution, I am still a fan.  Decades later I can come back to this game and have fun.  While I have fond memories of the NES version, I like this one as well.  Going forward, this will be the version that I play.  If nothing else I want to see if I can get past the jungle level.