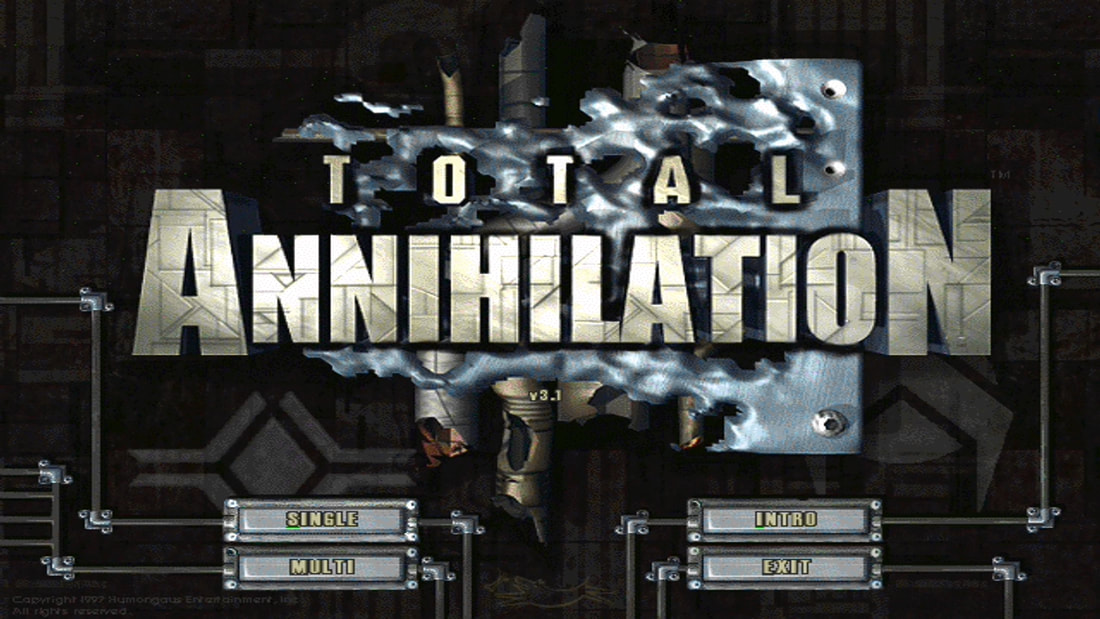 Back in 1998 I picked up Total Annihilation by Cavedog Entertainment for the PC.  At the time my brother and I were playing many different real time strategy games.  Games like Command and Conquer and Warcraft 2 were just amazing to me. The gameplay was simple:  build a base while collecting resources and building an army to eradicate your opponent. Unlike the other games I was playing like Civilization 2 and Warlords 3, all your decisions were made and executed as you did them which was completely different to the turn based gameplay I was used to.  Now this all may seem stupid to some but at the time it was something new and exciting to me.

On the surface Total Annihilation (TA) seemed like another real time strategy game (RTS) set in the future.   At the time the intro was great and it pretty much summed up the story. You have two factions: The Core and the Arm whose only goal is to eliminate the other completely.  Not the most original story, but it got the job done and to be honest it wasn’t really important or memorable.
​ 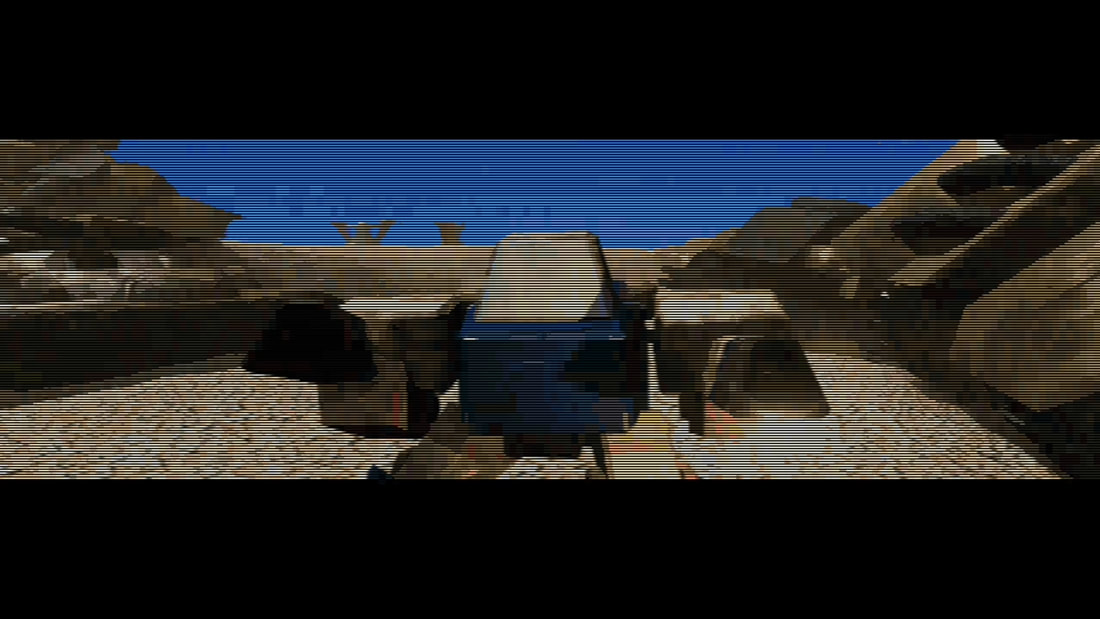 Each time you started a new game you started with a commander.  The commander is your first builder unit, has a great energy attack and when it dies it makes a huge explosion.  Just like any other RTS at the time, you built your base and gathered resources. In this game your resources were energy and metal.  Unlike other games at the time that required you to send specific units to gather the resources, all you did was build structures that extracted/produced these resources.  This was a big deal since it meant that if you had the time you could build a base that allowed uninterrupted unit creation.

The game had a variety of units for both sides ranging from infantry, vehicle, ship and air.  While the simple units could be pumped out quickly the larger, tougher units could take a few minutes to build.  You could increase production time by having multiple construction units help build the unit. When these units entered the battlefield you had an advantage as long as you could keep them alive.  Like other RTS games you always had to have a good variety of units in your army to defend against all threats. 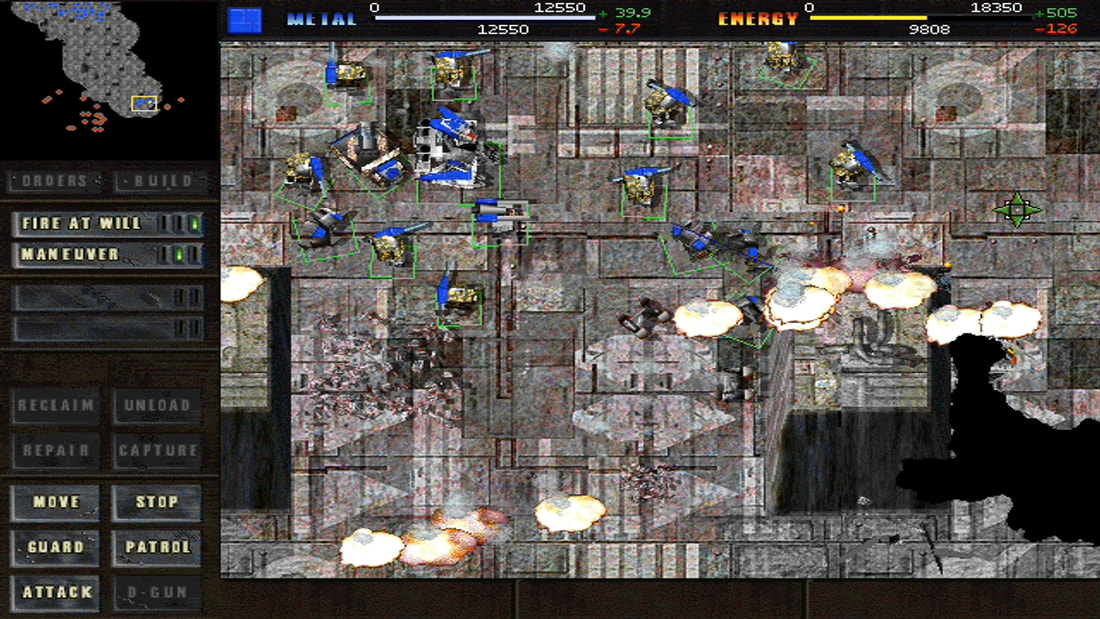 One thing Cavedog did was put free downloadable units on their website that you could add to the game.  While I do not remember all the units that they released, my favorite was Morty. This was a Core advanced infantry unit that had an artillery cannon for an arm.  This was far from the best unit, however if you got a group of them together they could cause some damage.

Another thing that this game had going for it was the mod community.  People were constantly creating their own units and putting them into the game.  A lot of times these units were all put into a pack and released together. I remember TAUCP was the one I remember and I know there were others.  One of my favorite third party units was a replica of a warhammer mech from the Mechwarrior series. These mods and others helped keep this game going and even today people are still modding the game.

Base defense was critical since the AI loved coming at you constantly.  Thankfully you had plenty of options to choose from. Sometimes you could use your turrets to soften up the enemy's defenses instead.  I remember one time my brother was playing an Arm campaign mission and he built this long range turret to defend his base. He ended up finding part of the enemy’s base and he realized his turret could reach that far.  He started firing it in that direction and while he could not see anything due to the area being shrouded, you could feel the explosions on screen. When he finally sent his army down there all he found was the remains of I don’t know how many enemy buildings and units.  Sounds kind of stupid but seeing all that carnage caused was great. 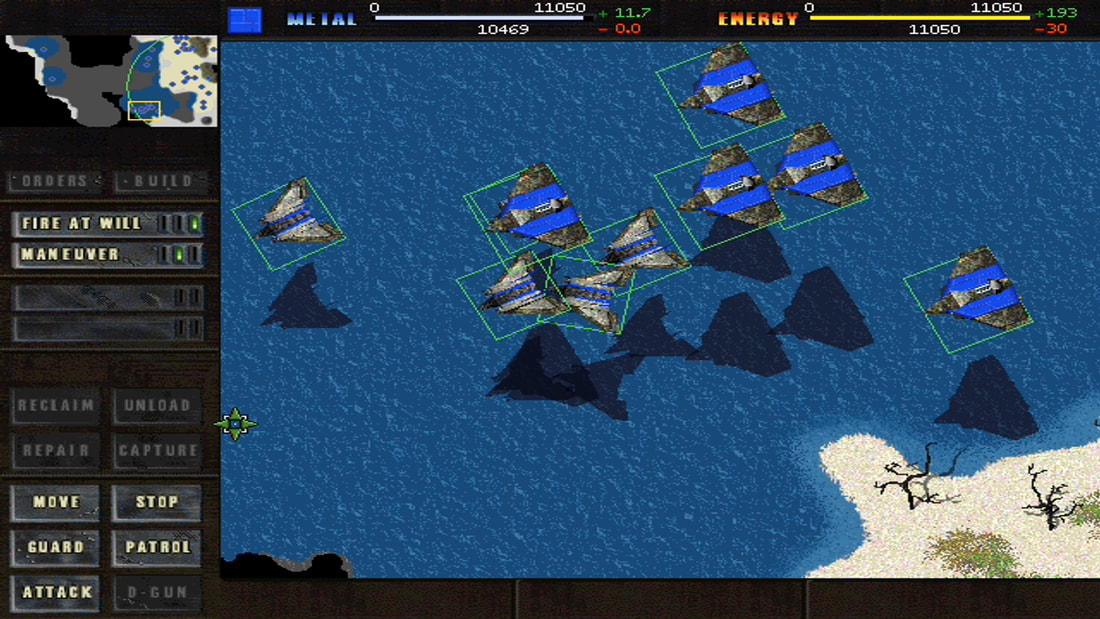 The combat is the one thing I loved about this game.  With the ability to build an almost endless army, I had a habit of just swarming the AI with a mixture of basic and advanced infantry units.  And when I mean swarm I mean I sent fifty plus and I sent them in waves. Send the first group in, they get demolished, send the next group in right after.  By the time I finished a map there would be dead corpses of machines everywhere. It looked like a real battlefield.

TA went on to have to expansions released:  The Core Contingency and Battle Tactics. While I do not remember Battle Tactics, I do remember the Core Contingency and all the new units and maps it added to the game.  The new maps were nice and added some variety to the game, but when I play skirmish I always default to playing on the Metal Heck map. I love this map since you can place a metal extractor anywhere, the whole map is made of metal.

While TA never spawned an official sequel, there have been games that play very similar to it.  Supreme Commander and it’s expansion Supreme Commander Forged Alliance were developed by the same man Chris Taylor and played very similar to it in gameplay and tone.  Other games like Planetary Annihilation and its expansion Planetary Annihilation: Titans and Ashes of the Singularity seemed to be influenced by TA by some degree. And that mod community I mentioned earlier is still busy making new content for there mods.

Like many games from the 90’s, I have great memories of TA.  While I liked the storylines from Command and Conquer and Warcraft 2 more than this one, TA had much better combat.  Seeing what the community did as far as new units really helped keep this game going so many years later. Even playing the game for this review was still as fun as it was back in 1998.