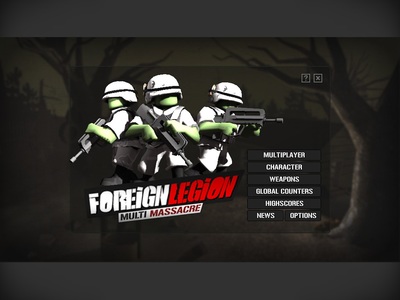 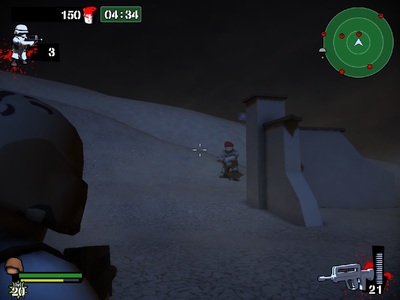 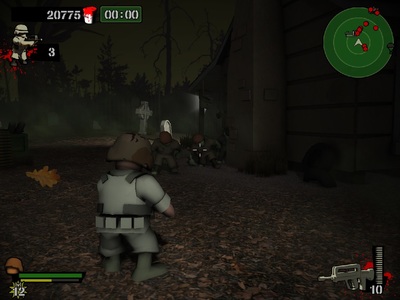 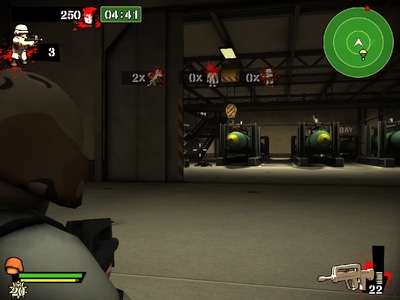 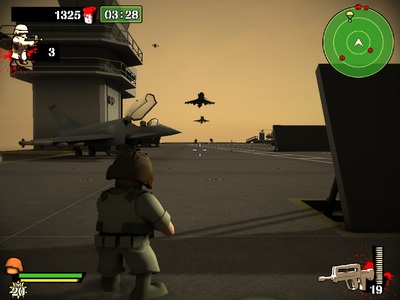 Foreign Legion Multi Massacre is a multiplayer sequel to Foreign Legion Buckets of Blood.  You can click here to read my review of that game since this is basically the same game with multiplayer.  The game uses the same graphics, sounds maps, enemies and items from the other game.  The game adds some more weapons, items and maps which while nice, does not add much to the game.

When starting a game you can host either a public or private game.  When you pick from the games five regular maps, you can choose the enemy difficulty and how long the match lasts.  There is also Domination and Deathmatch modes, however I was not able to find any matches going on publicly and you need more that one player for those modes.  And that is the biggest complaint with the game, no one plays online.  Sure, you can play the other modes solo, but if you are looking for a multiplayer game to play online you better find some people to play with.

The zombie mode was the only interesting mode I found in the game.  Here you have to keep a generator going for a set amount of time until help arrives.  If the generator stops the timer stops so in order to beat teh stage someone needs to restart it every so often.  Also a ghost shows up randomly and if you do not kill it within a certain time frame you get cursed and move slow for a few seconds.  The mode is something different and I found it fun for a little but eventually it becomes repetitive.  There is only one map to play on and like the other maps, I never found anyone online playing public matches.

If you are only going to get one of these games I would say get this one since it has more overall content in it.  Just go in knowing that the multiplayer community in this game is dead.