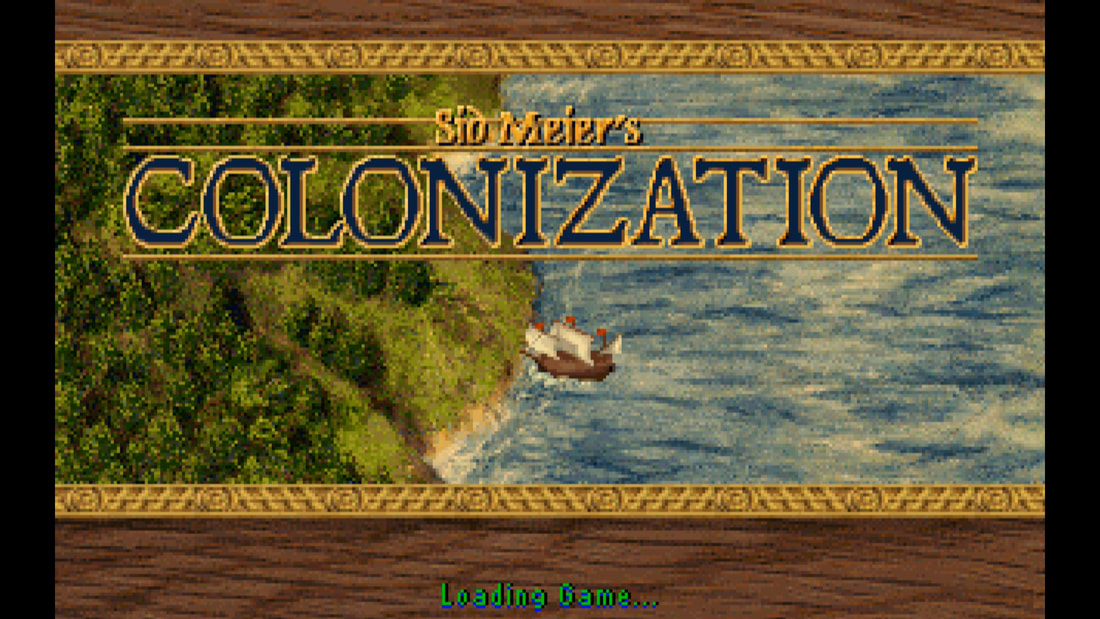 When I hear the name Sid Meier I immediately think of the Civilization franchise.  This franchise is one of the most recognizable strategy game franchises out there with multiple games that have gone on to be amazing games.  However, Sid Meier made other games besides Civilization and one of these games was called Colonization. Released in 1994, Colonization is still a strategy game, but focusing on early colonial history in the Americas instead of the whole world.  This is one of a few early PC games that got me interested in history.
​ 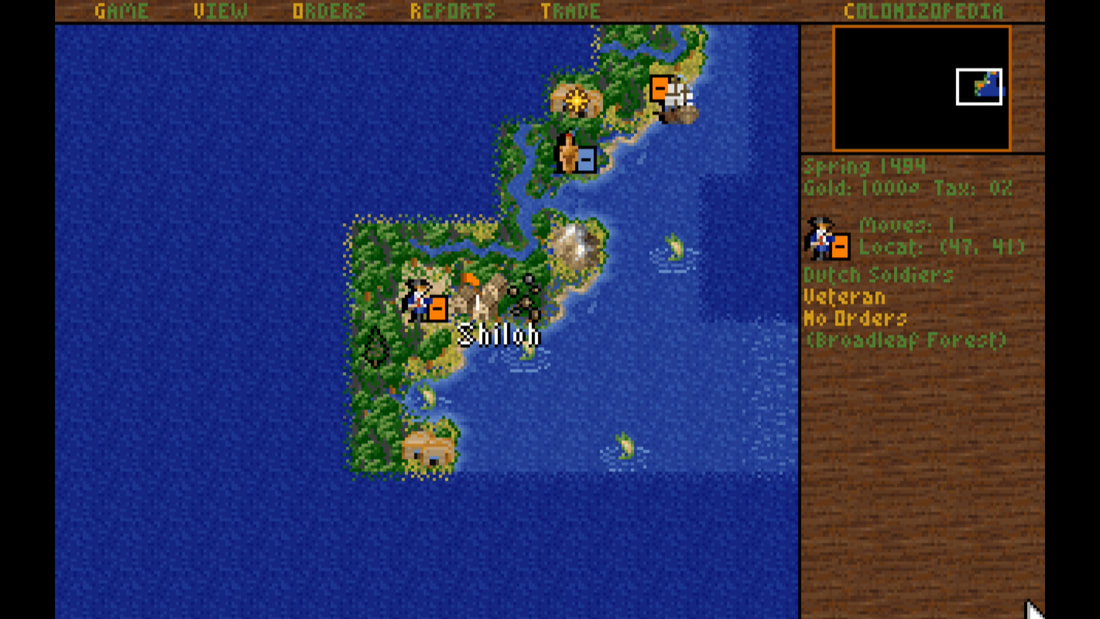 The game has you pick between four different European factions, each with their own bonuses.  From there you spend the game building colonies, upgrading colonies, gathering resources, trading resources, building defenses and fighting off other factions.  While doing all of this you explore the land looking for treasures and interacting with the Indian nations. Interacting with the Indians is interesting since early on they are helpful, but later in the game you almost always end up fighting with them.  The combat in this game involves a few different land units and only a few different ship types.

While this sounds like a standard strategy game, Colonization does have some unique features.  First off is that you spend a lot of the early and mid game trading with your home nation. This is where you can sell your items, recruit new labor for your colonies and even buy new ships.  Later into the game as your colonies get more specialized trading with your home nation becomes less important and even harmful to your economy. You also get to add historical figures to your continental congress.  These are all historical people who were involved in colonizing the Americas or were some of the founding fathers of America. These people also add bonuses to your colonies when they join you. 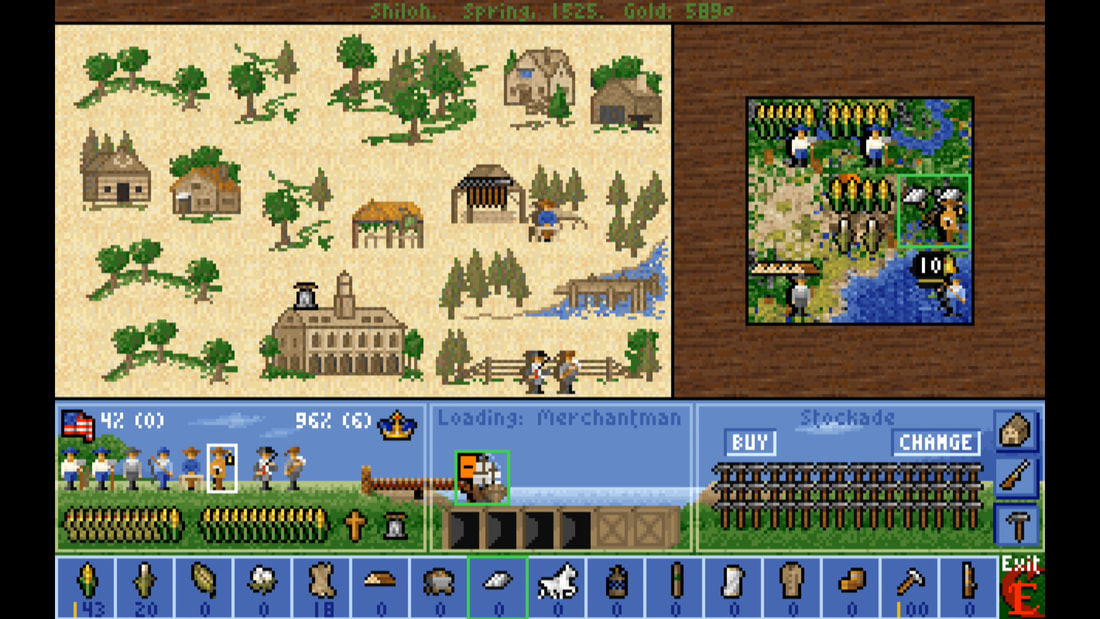 Back in the 90’s I had a lot of fun with this game.  Back in high school I remember some Friday nights just starting a game in the afternoon after school and playing until about 1am.  I usually played as the Dutch since they started with a better ship and were the orange color nation. Learning about all the historical figures was very interesting to me, up until this point I knew some of the names but I learned more about all of them.    Looking back now I have to say this is probably one of the first historical games that I have ever played.

One particular memory I have about this game is how I planned out my battle for independence from the start of the game.  While you can play on a map that was structured like the real American continents, you also had the option to play on randomly generated maps.  I was doing a random world map as the Dutch and started exploring the continent after founding my first colony. My first colony was already pretty far away from the open ocean where you have to go to get back to your home nation for trading.  Well, the land mass I was on had a bunch of resources in the center of it which was great for your production, but not for trading since I had no access to open water for ships to dock. So I decided that all of my other colonies were going to be inland colonies and I was going to make them all self sufficient.

While this took a little bit of time and planning, I was able to get three inland colonies going along with my initial colony that was next to a water source.  All resources had to move by caravan to the home colony for shipment and visa versa for bringing new items from the home nation. While this all may seem like needless work, it was a big plus when I declared independence.  Instead of the Dutch army landing next to two or three of my colonies, the AI landed its forces as close as it could to my inland colonies and then had to march towards them. By them doing that I was able to set up choke points with my army and pretty much wiped out their whole army with ease.  It was probably the easiest time I have ever had winning the game.

As far as the game’s legacy, I still hold this game to be a fantastic strategy game.  Graphics are good, but dated while the music still holds up. In 2008 there was a remake of Colonization using the Civilization IV game engine, but I still prefer the original.  Most importantly to me, this game helped get me interested in history. History was my major in college and something I still am researching today. It also got me to follow Sid Meier’s games, which led me into Civilization II, but that is for another article.​