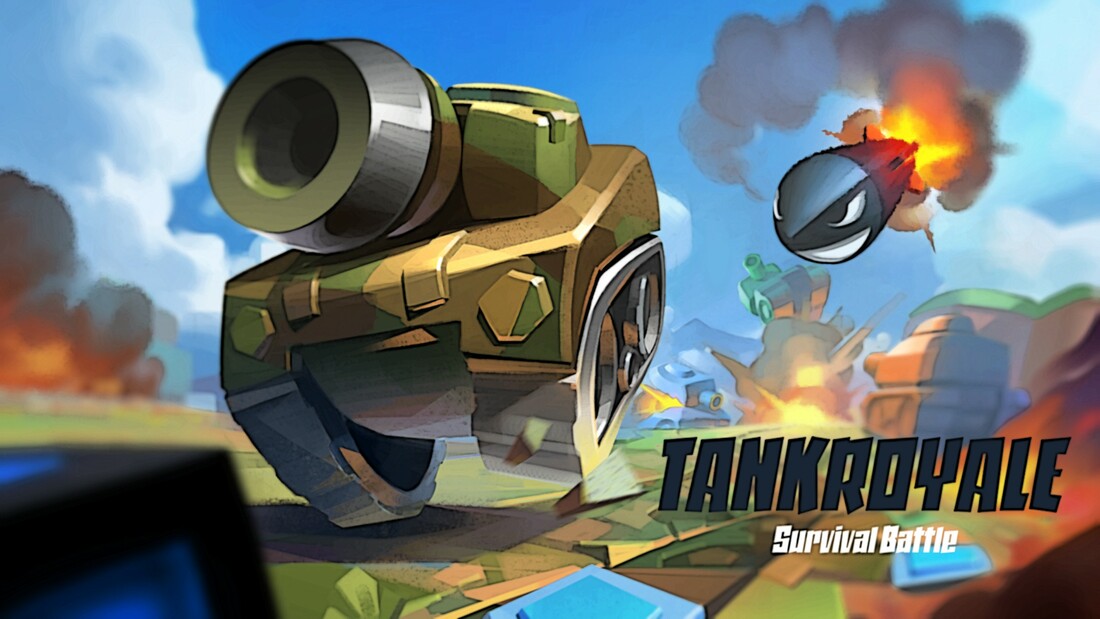 Tank Royale is a game being developed and published by the BSS Company.  This a top down tank game where you fight other players in a battle royale setting.  The concept is a good one and this game also caught my eye since I am a fan of top down games.  After putting some time into the game I like it and I see some potential in it. However, games like this live or die based on the online community and I think that is where this game may have a problem. 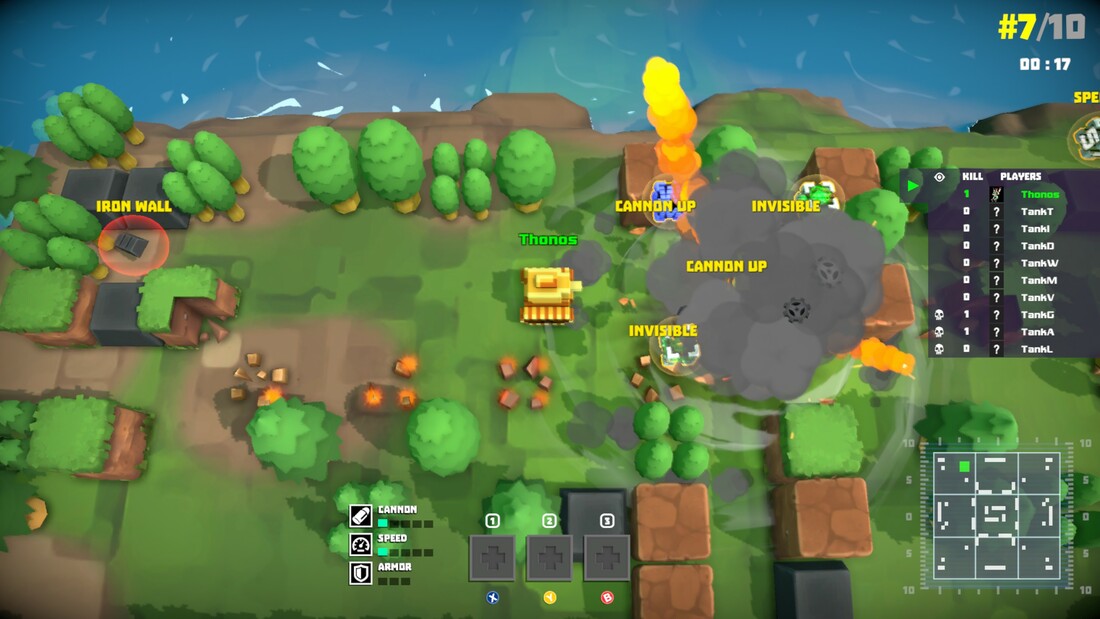 The game plays a lot like a Bomberman game.  You get dropped into a map with nine other players and the only goal is to survive.  You have to destroy terrain to move around and get upgrades for your tank. And there are a decent amount of upgrades ranging from armor, speed and bullet damage.  There are also items you can use to help you like ranged weapons and defensive items. Like any other battle royale game, once you die you have to wait for the match to end and the matches only last a few minutes.  At the end you get gold and rank points depending on how well you do.

The game uses a mechanic called the Death Field which I am guessing is used to help combat, players that just hide on the map.  About every thirty seconds, a siren goes off and spots on the map start flashing red. If any tank stays in the flashing zones too long a laser comes down and destroys them.  As the round goes on the Death Field gets bigger and bigger until only one section of the map is left. This forces everyone into one section and gets them to finish each other off. 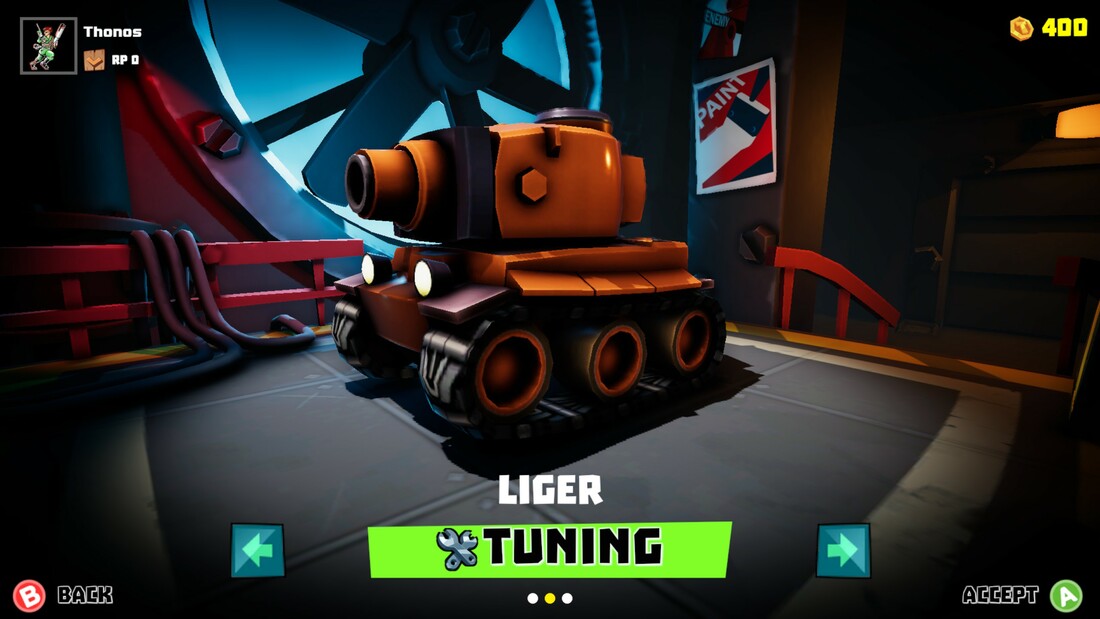 There is a garage where you can customize your tanks.  You use the gold that you earn from matches to buy different colors and parts for your tank.  When you increase your rank, you also unlock new tanks and parts to buy. From what I can tell, this is all cosmetic and has no effect on the gameplay.

My biggest concern with this game currently is the lack of a playerbase.  Now the game just came out so I am not expecting the playerbase to be huge, however, when I was playing the game for this article I could not find a player match going on.  The game does have a practice mode with bots which is what I played and enjoyed. Since I was doing practice mode, I did not earn any rank points or gold so I was kind of stuck with what I started the game with.

From what I have played of Tank Royale it is a fun game.  The game handles well and looks good. Currently there are only a few game modes that all revolve around the same goal of being the last one standing.  The customization options for your tanks is a good idea and lets you personalize yourself in the game. If this game gets a solid playerbase it can become a small but fun game.