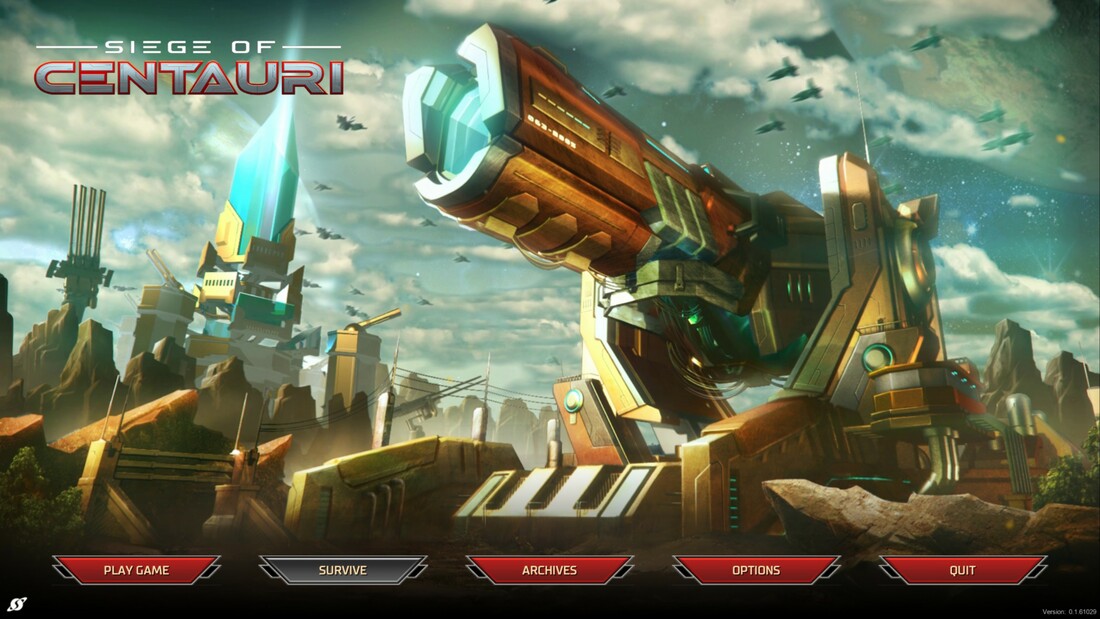 Siege of Centauri is a top down tower defense game being developed and published by Stardock.  Stardock makes a lot of games I enjoy like Sins of a Solar Empire, Fallen Enchantress: Legendary Heroes and Ashes of the Singularity so when I saw this game I knew I was going to be interested in it.  The game uses the game engine from Ashes of the Singularity and based off of the unit and tower designs, it looks like it takes place in that universe. The game has a generic story that you are colonizing a new planet and you have to defend it from alien robots that are trying to attack your colony base.  Not a original backstory, but most tower defense games rarely have an interesting story. 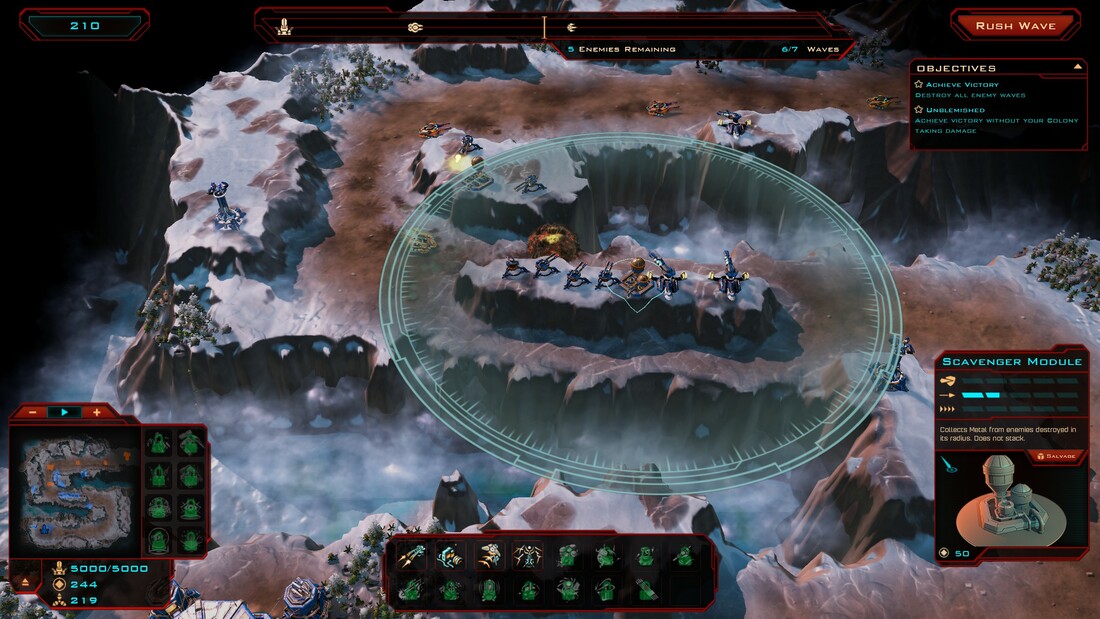 Siege of Centauri plays like many other tower defense games I have played.  Each mission has you placing turrets to defend against waves of enemies that come at you from one or two locations depending on the map.  While the primary target of the enemies is your colony base, depending on the map there can be other objectives on the map you have to defend.  Defeating enemies raises your score and that unlocks new turrets for you to use. Different turrets are effective against different enemies so you need to mix up your defenses depending on what is coming at you.

The game has two different resources, energy and metal.  Metal is automatically generated from your colony, from certain structures on certain maps and can be gathered from enemies using a special turret.  Metal is used to build new turrets, upgrade your existing turrets and your colony base. Energy is gathered the same way except it can not be gathered from destroying enemies.  Energy is used to call down help from your ship in the form of orbital strikes and defensive units. These are on a cooldown when you use them and can change the tide of a battle. 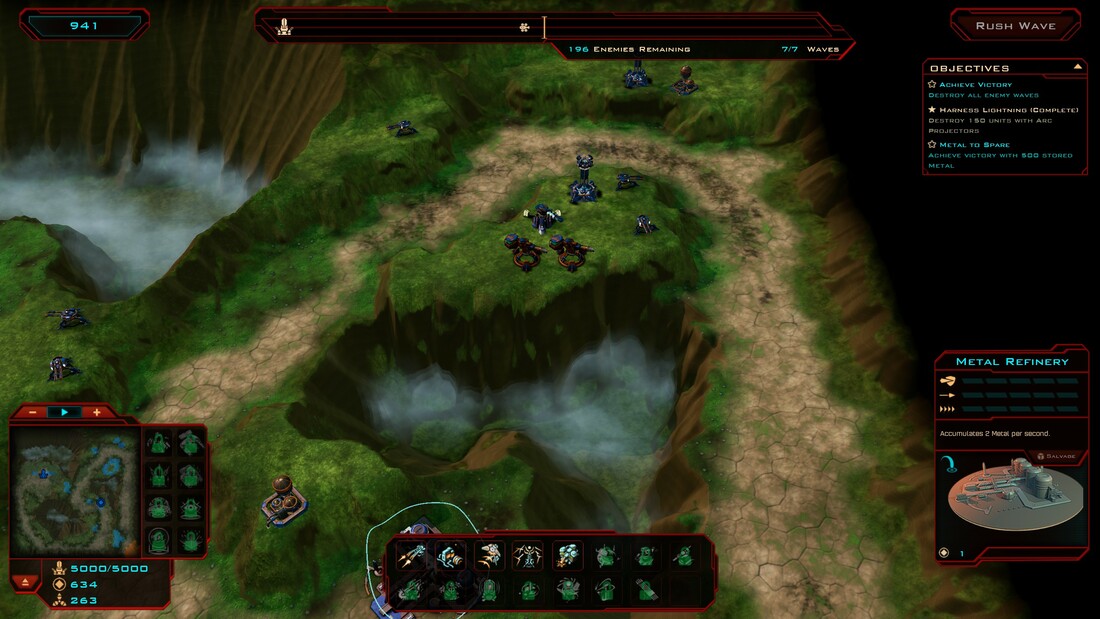 As I mentioned earlier the game is using the engine from Ashes of the Singularity.  Since I liked the graphics of that game, the same applies here. All the player structures and enemy units are decently detailed.  The only issue I have is that the explosions in the game are not the greatest, but that was the same issue I had with Ashes of the Singularity.  The audio in the game is decent and fits the mood of the game. 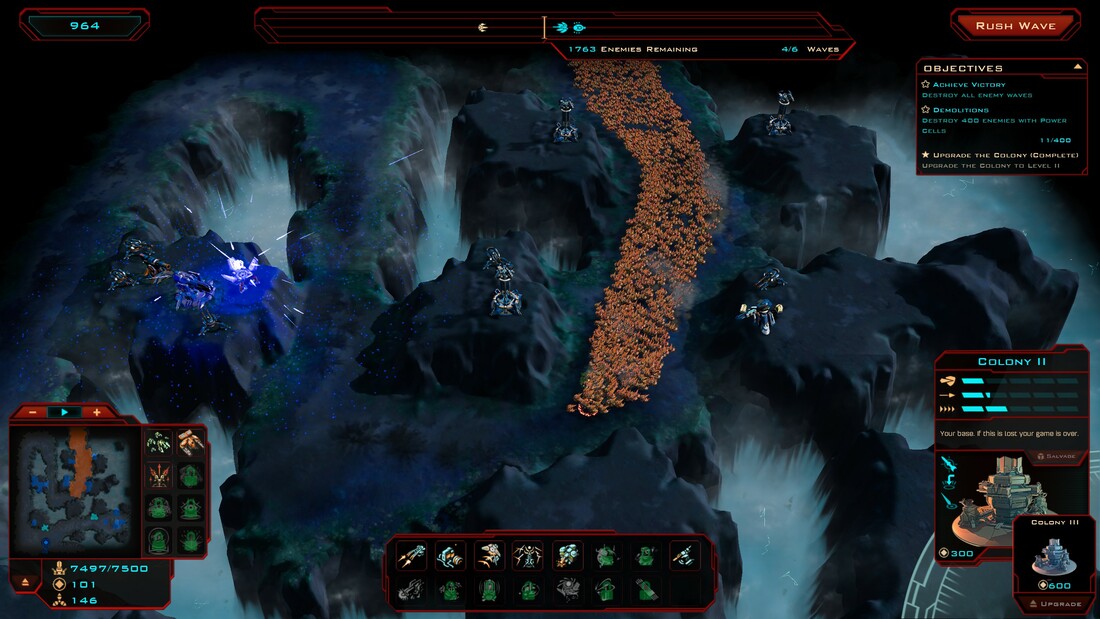 From what I have played so far this is a decent tower defense game.  If you did not like Ashes of the Singularity’s setting or graphics you probably will not like this game either.  I am interested in seeing what Stardock does with this game as far as modes and missions for release. There is a survival mode grayed out on the main screen and a equip button grayed out on the mission select screen.  Hopefully I won’t have to wait long since the game looks mostly complete and it looks like Stardock wants to release the complete game over the summer according it the game’s Steam page.