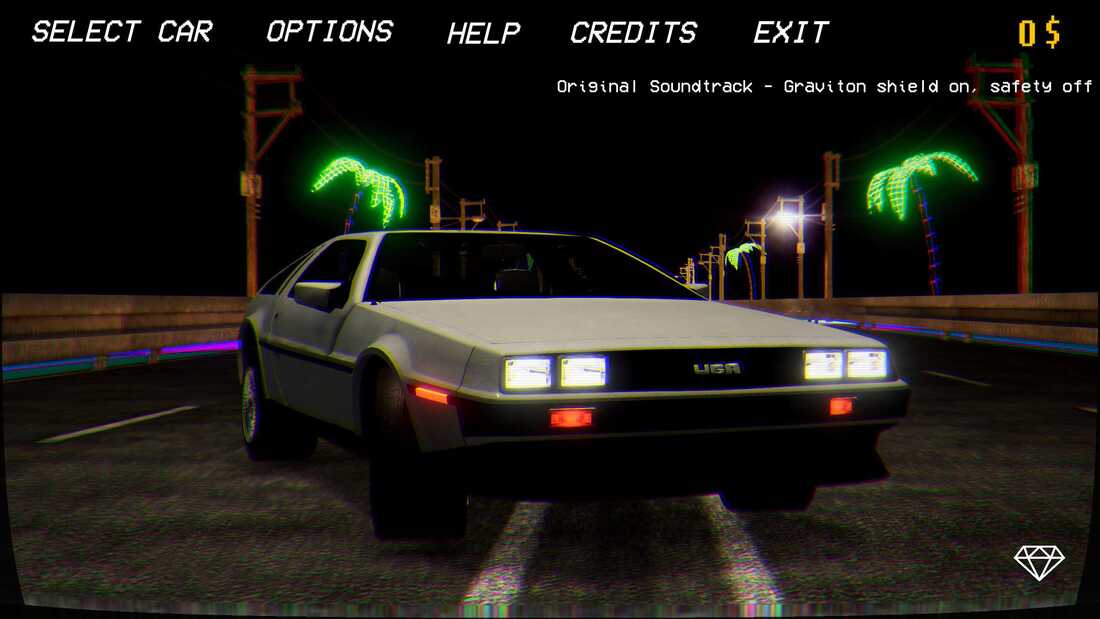 Retrowave is a game that just screams 80’s.  The game has a very simple premise, you just drive.  You're not racing against other cars, you are just racing with the traffic and seeing how far you can get.  This might not seem all that fun, but the game makes it fun with the graphics and music.  With different camera views, including driving from the driver’s seat, there is a lot to like about this game. 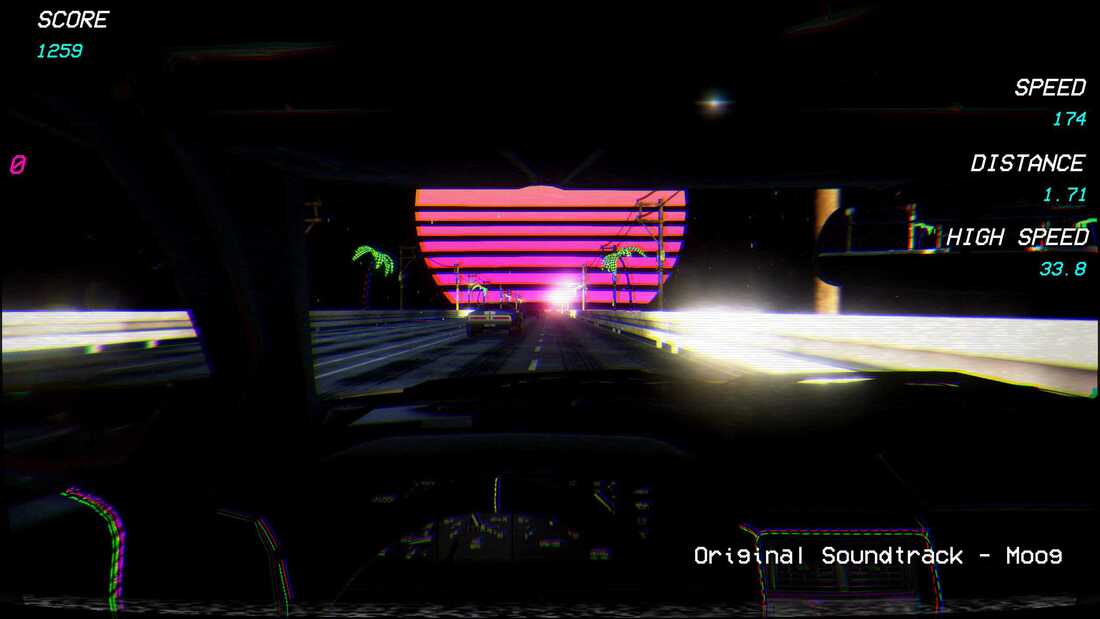 The game has seventeen cars to pick from.  Each car has different stats for speed, braking and handling.  Each car has multiple colors, tire options and other upgrades that can be bought for speed and handling.  Most of the cars, color options and upgrades cost money to unlock which comes from just playing the game.  Everything you do in the game from dodging cars, maintaining a high speed and driving on the wrong side of the road gives you points which at the end of a race give you a certain amount of money.  From what I can tell you earn money pretty fast in this game so unlocking everything will take some time, but it is not a huge grind. 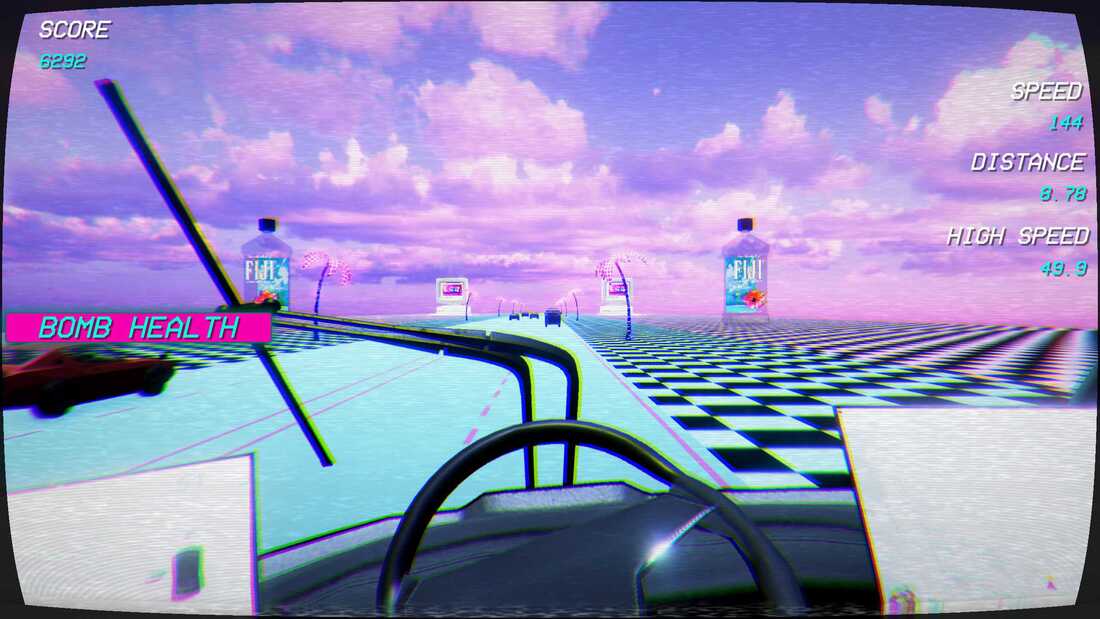 The game has four modes.  The first one has you driving with traffic and has weaving in between cars to see how far you can make it before you crash.  The second one is the exact same as the first, but you have traffic going with you and coming from the opposite way.  The time attack mode gives you ninety seconds to see how far you can make it without crashing.  The bomb mode gives you a truck with a bomb on top of it.  The bomb loses health if you hit other cars or go too slow, but will regain health if you are going fast.  If the bomb’s health goes to zero you lose. 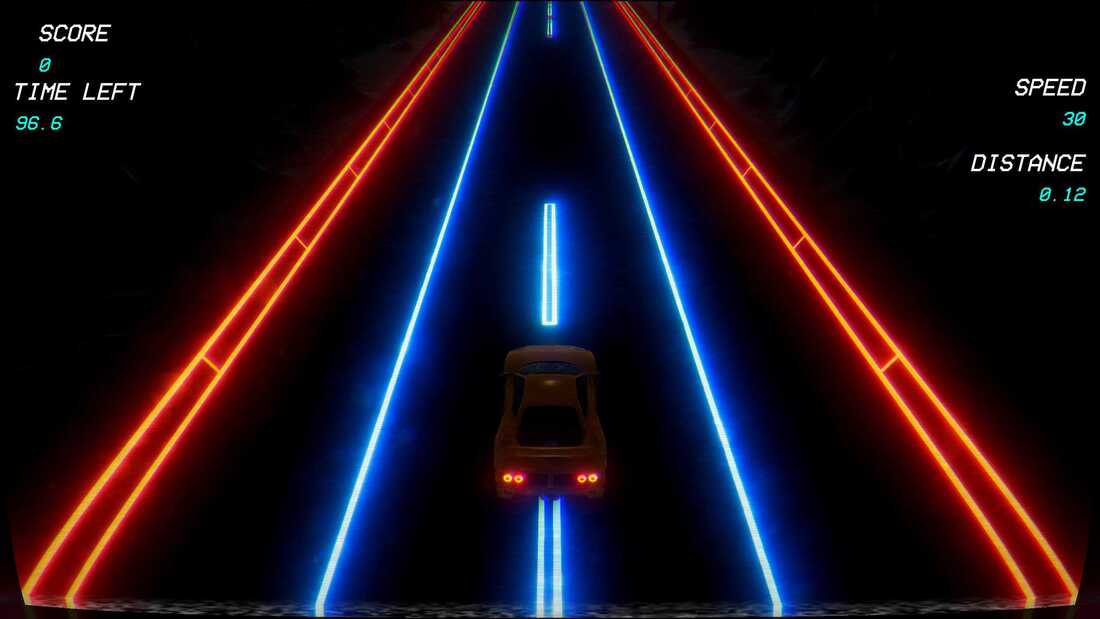 This game has a great visual look to it.  It was going for the futuristic view of the 80’s and this game nails it.  The cars, settings and visuals just have that 80’s feel to it and it is perfect.  The music is a highlight or this game as well.  I could just sit there and listen to this soundtrack and have a good time.  Anyone who has read any of my reviews or articles knows I don’t say much about music so for a game to get me to highlight it means it really impressed me. 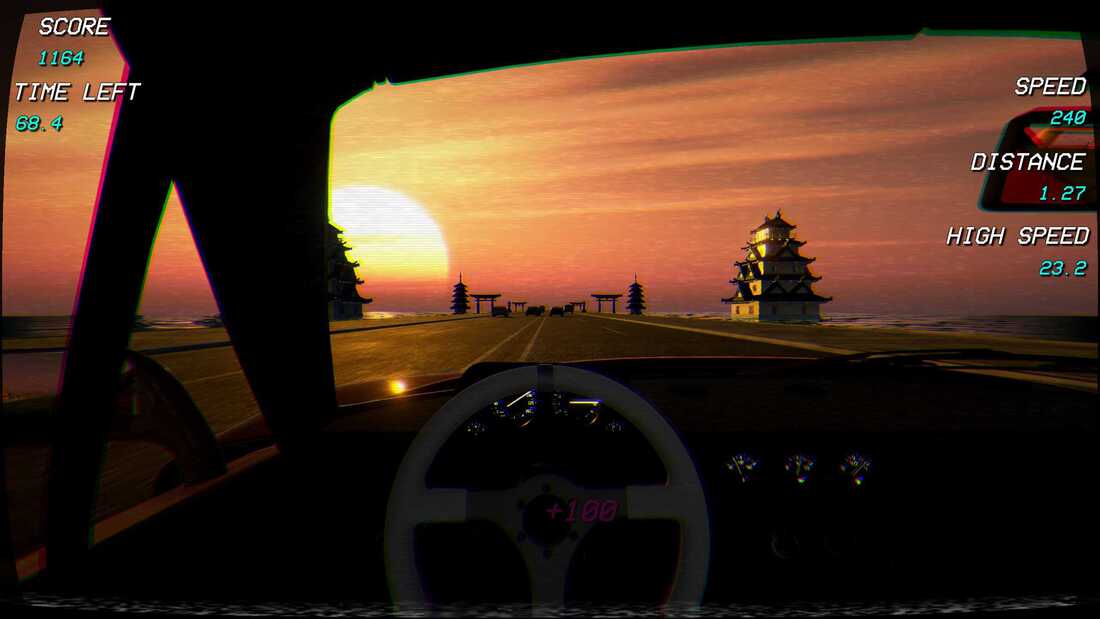 So far I like what this game has done.  It has a variety of cars and options for the cars.  The four game modes are slightly varied and I hope to see one or two more in the future.  The game handles well and I really had no problems with it.  The aesthetics and sound is what truly won me over with this game.  That alone is enough for me to keep coming back to this one.