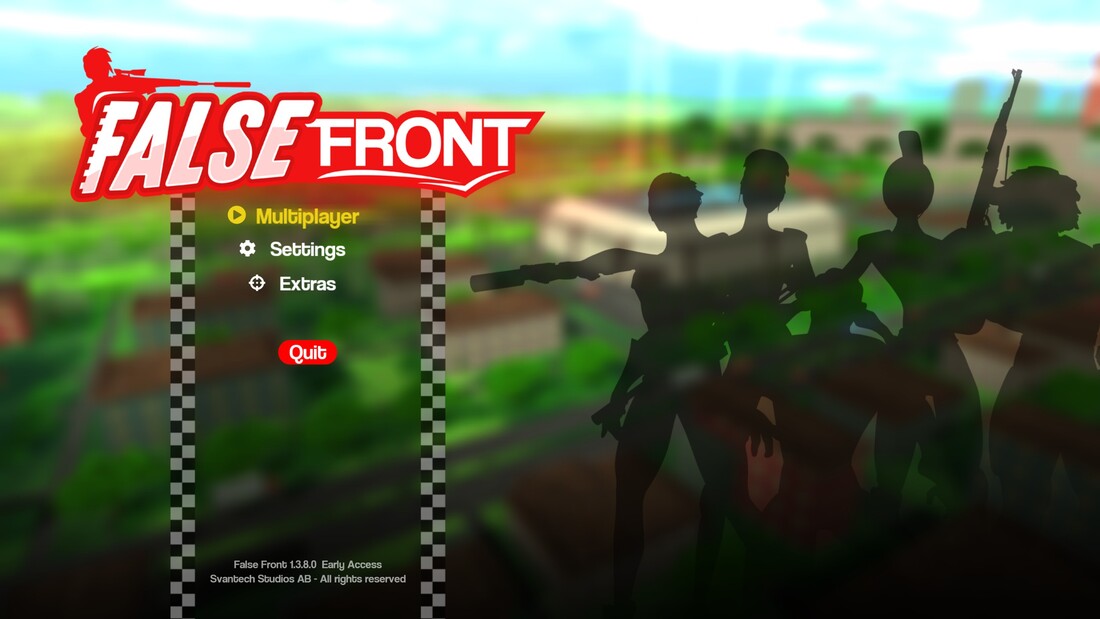 False Front is a multiplayer FPS being developed and published by Svantech Studios.  The game is essentially a Call of Duty style multiplayer game that current has three game modes:  Free For All, Team Deathmatch and Seek and Destroy which is basically a plant a bomb or defend against it mode.  You gain experience from playing matches and killing other players or bots. The game has a cartoony look to it which is intentional and something I personally liked.  The game also has kill streak bonus like radar.

The game has four classes, Sniper, Assault, Machine Gun or Shotgun.  Each class starts with one primary weapon unlocked and you unlock the other two weapons by leveling up your account.  Performing tasks with each class will unlock skins and headgear for your characters. I like the direction the game is going here, however I am hoping to see more options in the future.

The game has seven maps, although three are just smaller versions of the other ones.  The four large maps are pretty big and there were times I had trouble finding enemies to shoot.  The three smaller ones were good if you wanted non stop combat. There are power ups and health scattered around the maps.  The only issue I had here was on the smaller maps there were times I would respawn and get killed instantly due to an enemy being right next to me. 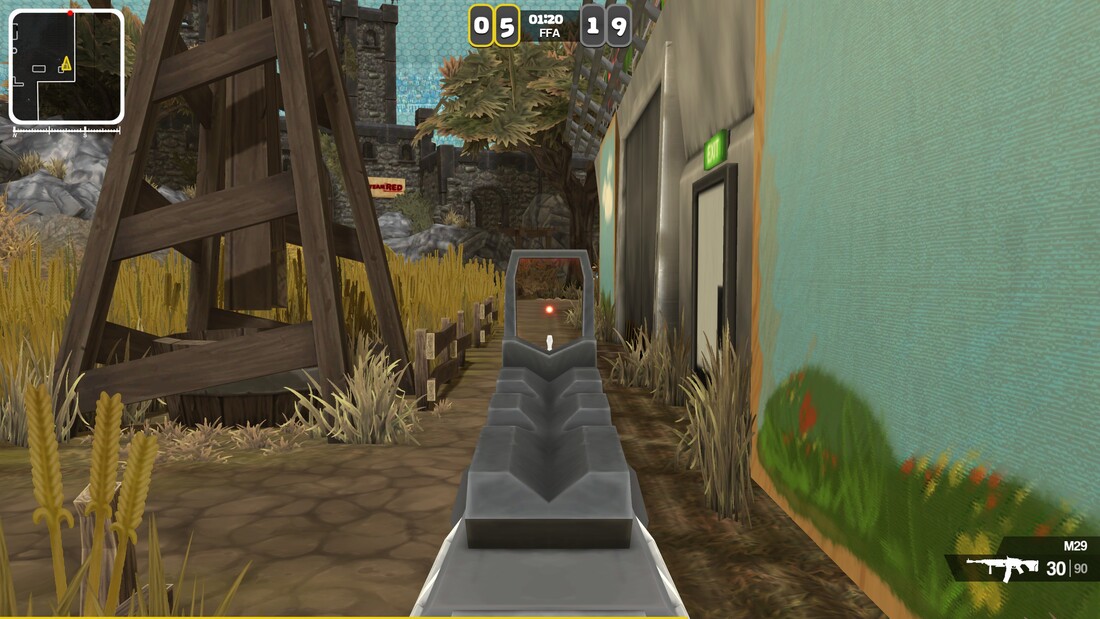 After playing all three of the current game modes, I found the gameplay to be fun.  The action is fast paced and games are usually over quickly. Gunplay was alright, but I only played with the weapons that were unlocked and I only unlocked one extra one during my playthroughs.  When playing against the bots they ranged from just being target dummies to trained, never miss killers depending on the difficulty setting. One thing I would have liked is the ability to customize the difficulty of each bot, but that is a personal preference.

My biggest concern with this game is since it is a multiplayer focused game, the game is going to live and die based on it’s community.  I’m someone who likes playing against bots and from what I played the game has a lot of promise. The developer has been updating the game constantly since I have been paying attention to the game.  And while I have enjoyed the game, the issue of player community still persists. If this game finds a dedicated community, the game will do alright. If it doesn’t, this will become another dead game with bots.