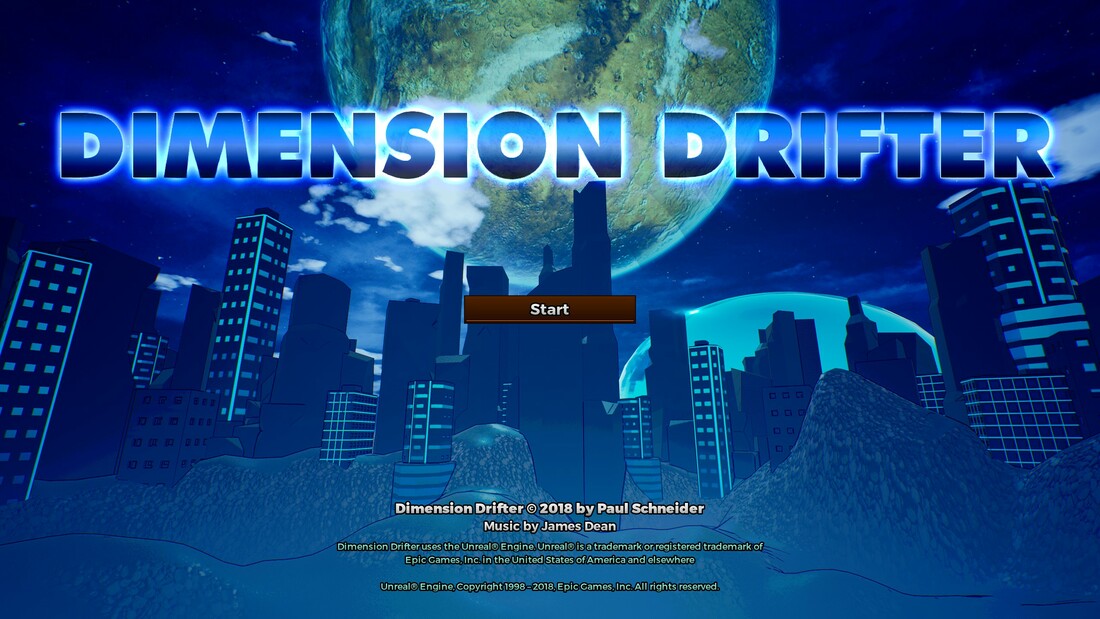 Dimension Drifter is a game being developed by BlueEagle Productions.  This game caught my attention since it is being done by the same developer that made Unloved, another smaller FPS game that I enjoy from time to time.  This is a third person game vs a first person shooter, however a lot of the same game mechanics can be seen in both games. Now this can be good or bad depending if you liked Unloved. 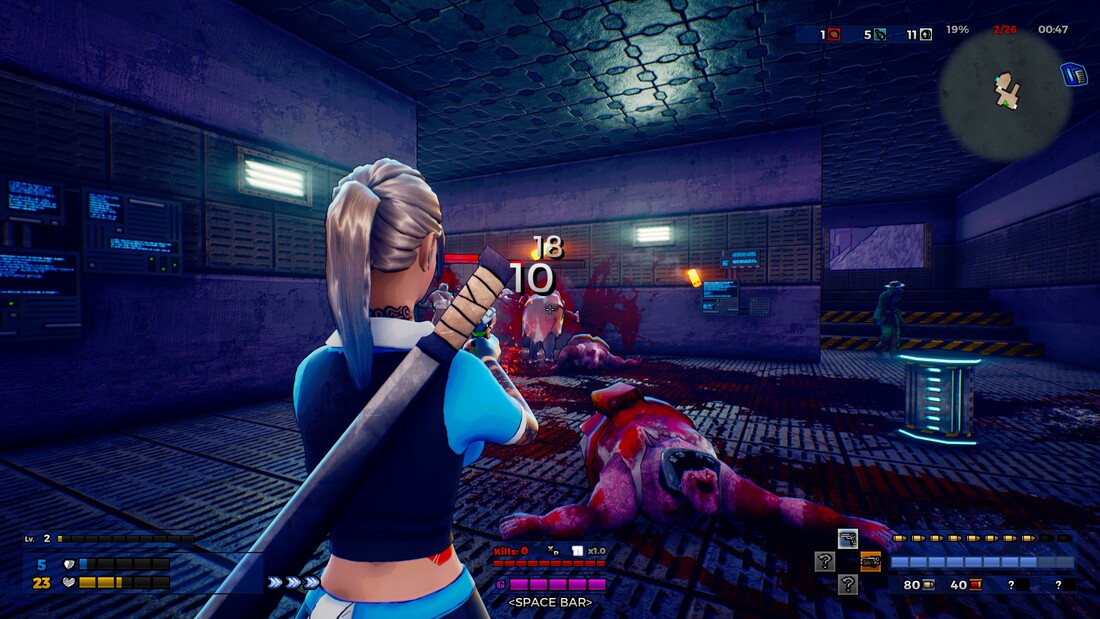 The story revolves around collapsing timelines and demons.  Your character is a Drifter, someone who has special powers and because of your powers normal people do not like you.  What it boils down to is that you go around killing demons. Hopefully the developer adds a little more backstory to the game at a later date.
The basic progression of the game is that you pick between three locations to go into.  Once you go into the location you search around killing demons, collecting items and looking for the exit.  Each area is randomly generated so no two areas are ever the same. Sometimes you find special chests and if you clear the location after finding these chests you can get new color customization options or items that give you a stat modifier like more health, faster speed, ect..  One thing to note is that your ammo carries over from mission to mission so it pays to conserve a little when possible. ​ 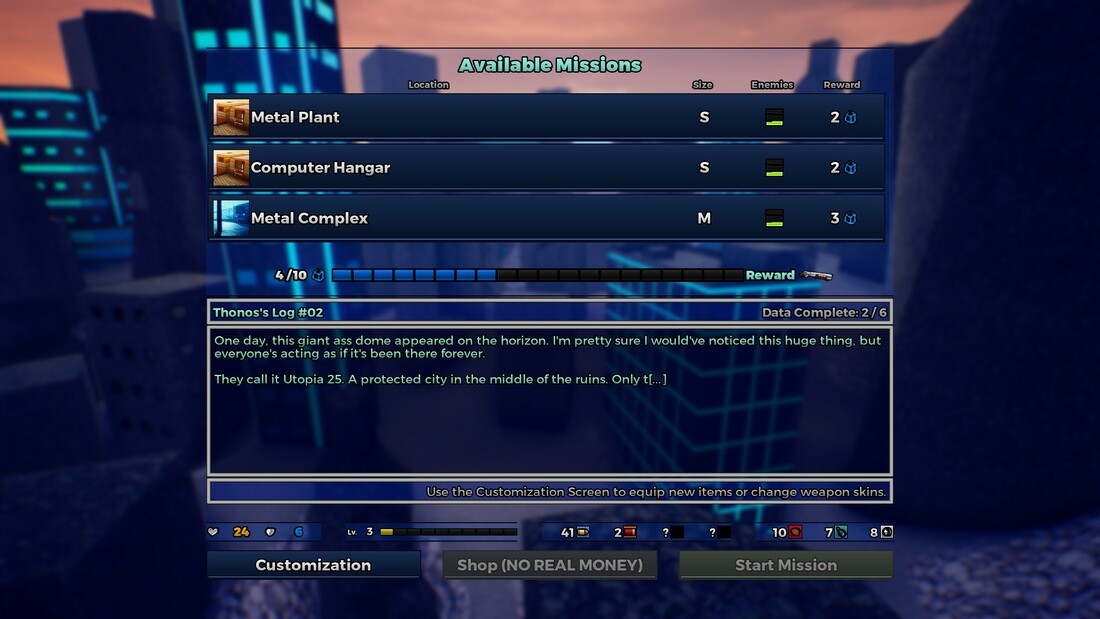 Combat is fast and you need to stay on your feet if you want to survive.   Your character has the ability to slow time and do quick speed movements, both of which are on cooldown.  So far I only have a handgun and a shotgun, but the gunplay is alright. The game handles good and using a mouse and keyboard I had no problems with the controls.

I have a few concerns so far with the game.  First off, as of the posting of this article, the game has not been updated since the middle of November.  With that said on the steam discussion boards the developer said the next update would be in March or April.  Secondly, the way the enemies spawn annoys me. You can clear a room go to the next one and if, for example, you get a key card, a group of enemies can spawn behind you and if you don’t pay attention you can be killed quickly.  To be fair though, this was how Unloved did things as well. Also, multiplayer would be nice. 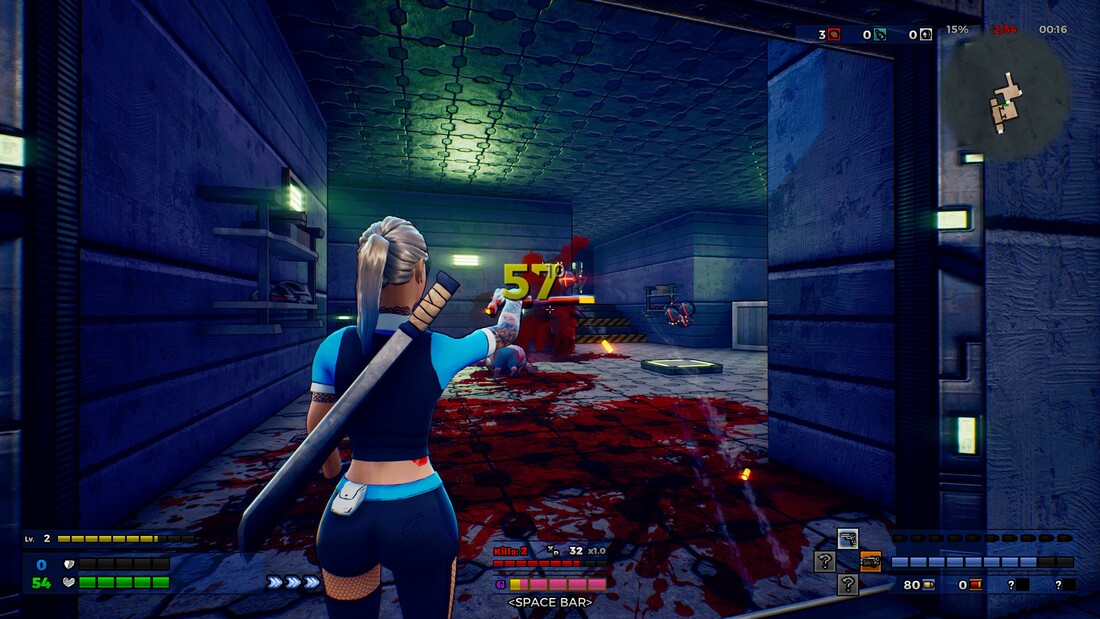 Overall, I enjoy Dimension Drifters.  I like the concept, the combat and the visual style.  While I want to see more customization options, they are coming.  The few gripes I have do not overshadow what the game does well. However, this game plays very similar to Unloved and if you did not like how that game played, there is a good chance you might not like this one either.