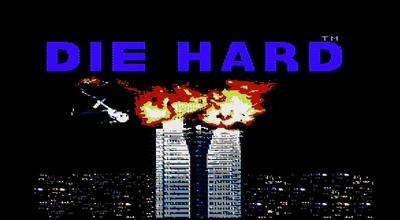 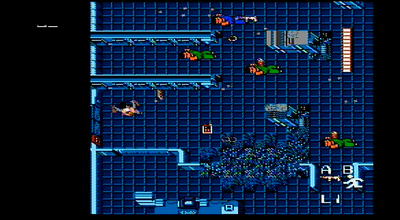 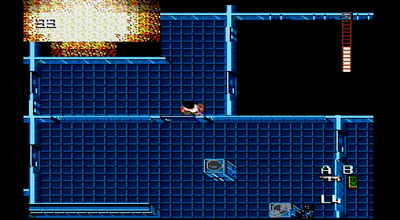 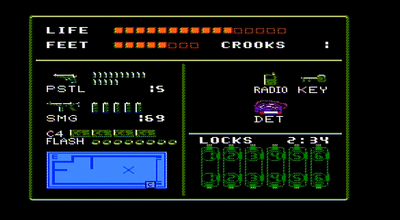 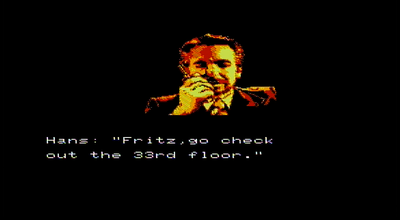 Review
by Thonos
​
When I hear that a popular movie is getting a game made, I cringe a little at the thought. Games that are based on movies tend to be a big letdown for a multitude of reasons. The game may handle poorly, not tie into the movie, or just feel like a cash in on the movie's name or success. Although Die Hard has some of these flaws, the game overcomes most of these and has a overall good, but short feel to it.

Die Hard the game is a top down shooter released in 1992 that is based off the 1988 movie of the same name. A little back story to set things up for everyone: The movie is about John McClane, a New York city detective who is flying out to Los Angeles on Christmas to spend time with his wife who works for a company out there. Once he gets to the Nakatomi Plaza building, the place where his wife works, terrorists enter the building and take everyone hostage, except McClane who evades them. The rest of the movie involves McClane taking out the terrorists and rescuing the hostages. In the game you play as McClane and just like the movie your goal is to defeat the terrorists and rescue the hostages.

The game play is all done thru a top down perspective. You go between the different floors available in the building, killing terrorists and collecting key items along the way. You are given only a few options to fight with, most of the time either using your pistol or a machine gun if you get one. Melee is also an option, but is not recommended since all the enemies shoot you from afar. Enemies drop items when killed ranging from ammunition to special items needed to get to certain floors or do plot events. The game consists of a total of eight floors and they are modeled after the floors shown in the movie. Each floor has a preset number of enemies and more can show up randomly depending how many terrorists are left (their is a total of 40 enemies in the game).

Die Hard has two difficulty modes, Beginner which is the normal mode and Advanced mode. Advanced mode mostly makes the enemies tougher and do more damage to you, plus your start location can change every time you start a new game. Besides the tougher enemies though, the Advanced mode doesn't really do anything to enhance the story and is not really needed.

There were two distinct things that I liked about this game. First off the game has a open world feel to it. You have the ability to choice how you want to beat the game, or at least get to the final level. Their are some constraints placed on you, like certain areas but these are minor and You can choose where you want to go, how you get their and what events play out. Depending on how you play and what events you unlock, the ending you get can change. This freedom is a good choice and lets the player choose there own path. However, this freedom is almost needed since the game really doesn't tell you what to do. The game drops you in and just leaves you there to figure the rest out. Now, if you have seen the movie you could attempt to follow what happened in the movie and to an extent you can do this, which leads to my second item I liked about this game.....

Die Hard does a fairly good job of incorporating plot events from the movie into the game. Doing certain actions, like going to the roof while having a radio, lets you call out for help and the police show up a little while afterwards. If you have seen the movie (or in my case, seen it multiple times), these plot events add the chance to try and recreate the movie as you play. Most of the major ones are there and they are a nice touch to make you feel like its the movie your playing.

Although Die Hard overcomes some of the pitfalls that other movie based game have, it doesn't miss all of them. One of the biggest problems is the controls. Moving around is fine but when trying to shoot your aiming is pretty inaccurate. Now it is possible to try to aim your shots, but what happens mostly is that you shoot a bunch of bullets in on direction and hope at least one hits your target, the "spray and pray" method. This isn't a game breaker but it can be frustrating at points when you can take a lot of damage just trying to kill one guy because the aiming is off. The other issue is that this game is short. Short as in due to the time frame you have to beat the terrorists in, the game lasts at most thirty minutes, and the game can be beaten in less time than that if you know what your doing. Again, this might not be a bad thing to some people, but thirty minutes for a game is pretty short no matter how you look at it. Even with the multiple endings, to see all of them would take no longer than three hours, and most can do it in less time.