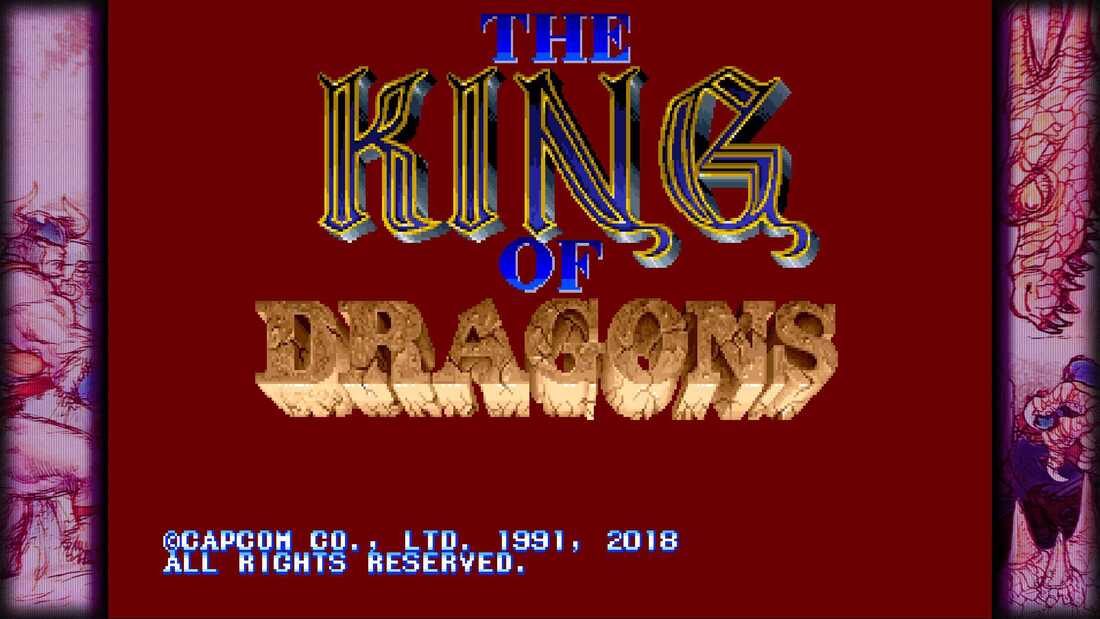 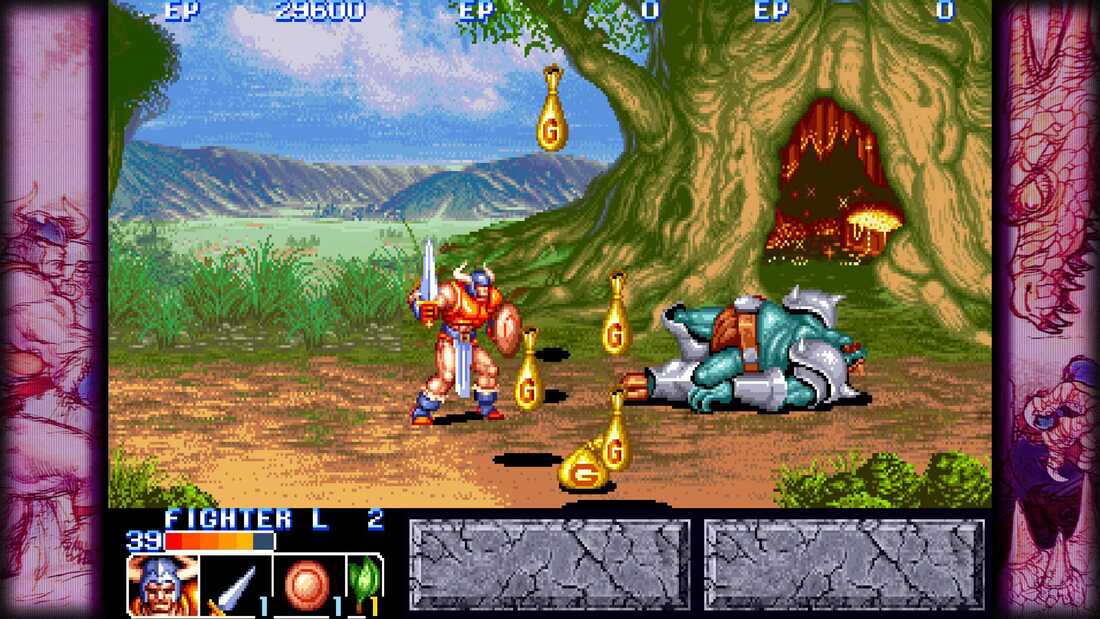 You can pick between five different characters.  Each has their own strengths and weaknesses, however, I really couldn’t tell the difference.  The only exception is that you have the elf and wizard, which are ranged vs the fighter, dwarf and cleric which are melee.  Between every stage or two you can switch characters.  All characters have one attack and a power move that takes away some health. 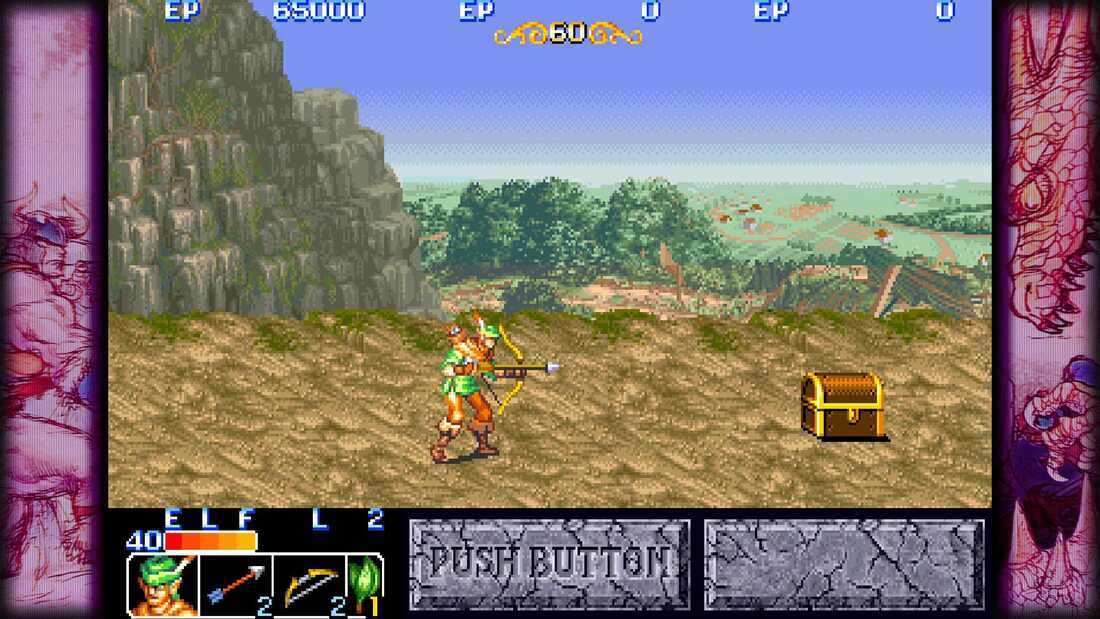 The game takes place in the kingdom of Malus, a kingdom that is overrun with monsters and gigantic creatures.  You have to go through sixteen stages defeating all sorts of monsters and mythical creatures.  Along the way your score goes up from defeating enemies and collecting gold.  Your score acts as experience points which lets you level up which increases your health.  You also get armor and weapon upgrades along the way.  All characters gain weapon and armor upgrades when you get them while all characters gain levels when not in use.  I thought this was neat and I didn’t feel so weak if I wanted to switch characters mid game. 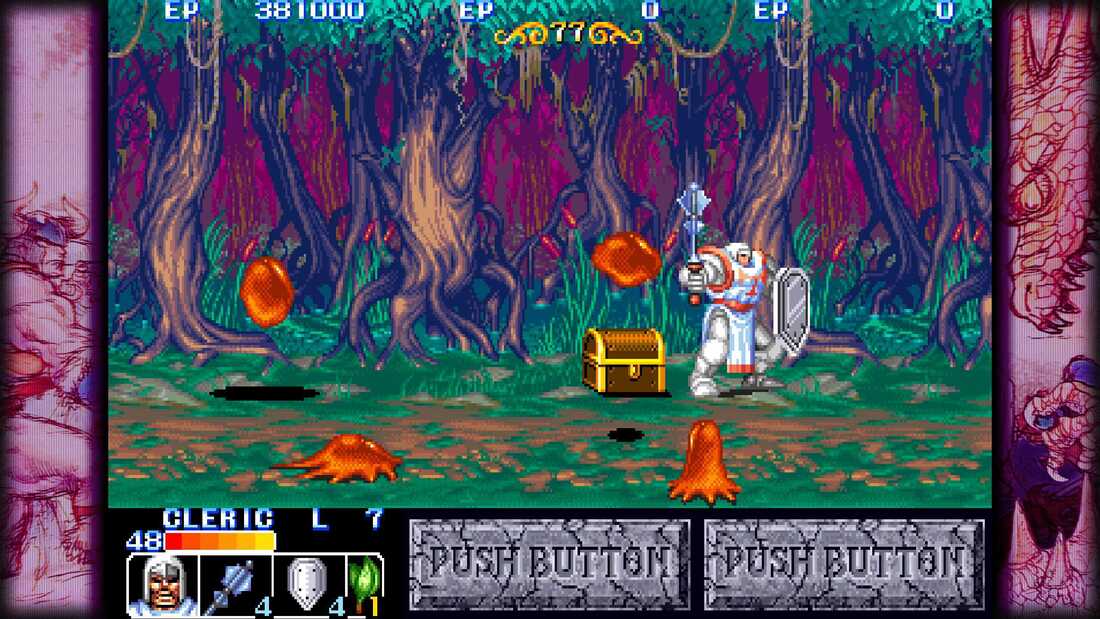 The game plays like any other beat’em up game.  For sixteen levels the game only took me about fifty minutes to beat.  Like many other Capcom arcade beat 'em ups from this time the game looks and sounds good even today.  I had fun with this game.  It is also a game I want to actually try with two players one day.