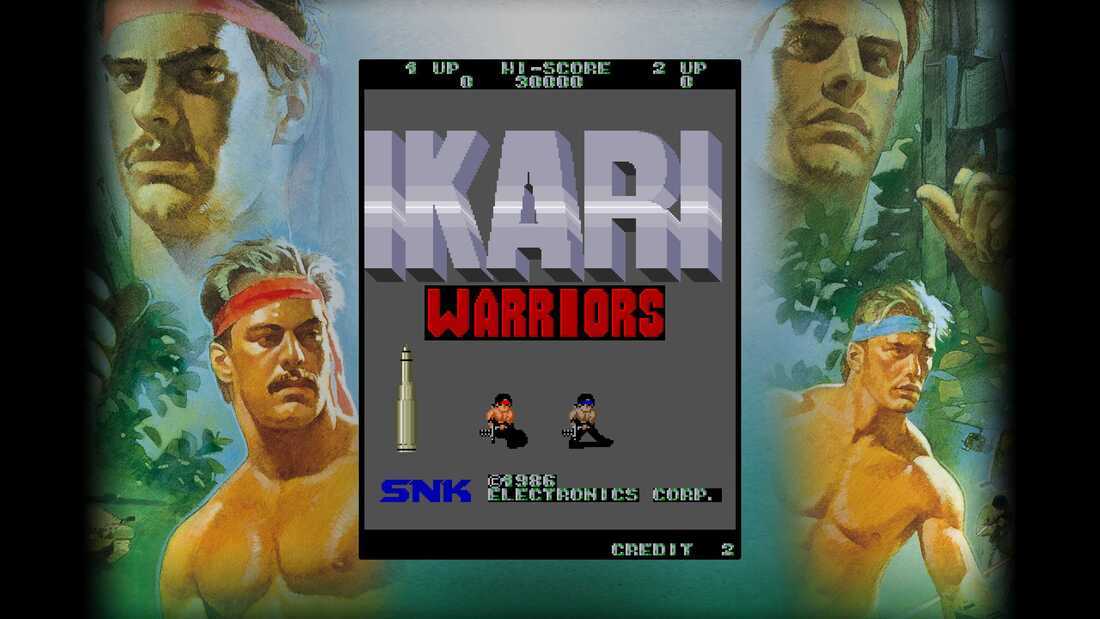 As a fan of top down games, you might be surprised that I never played a single Ikari Warrior game until I was writing this article.  I own all three Ikari Warrior games for the NES, but have never played any of them.  That is why I like doing articles like this, it gives me a chance to play games I may have never played before.  So once I saw the arcade version (along with the NES one) was part of the SNK 40th Anniversary Collection, I decided to give it a chance.  I took a run at the game solo, but I have to say I don’t think another player would have helped much. 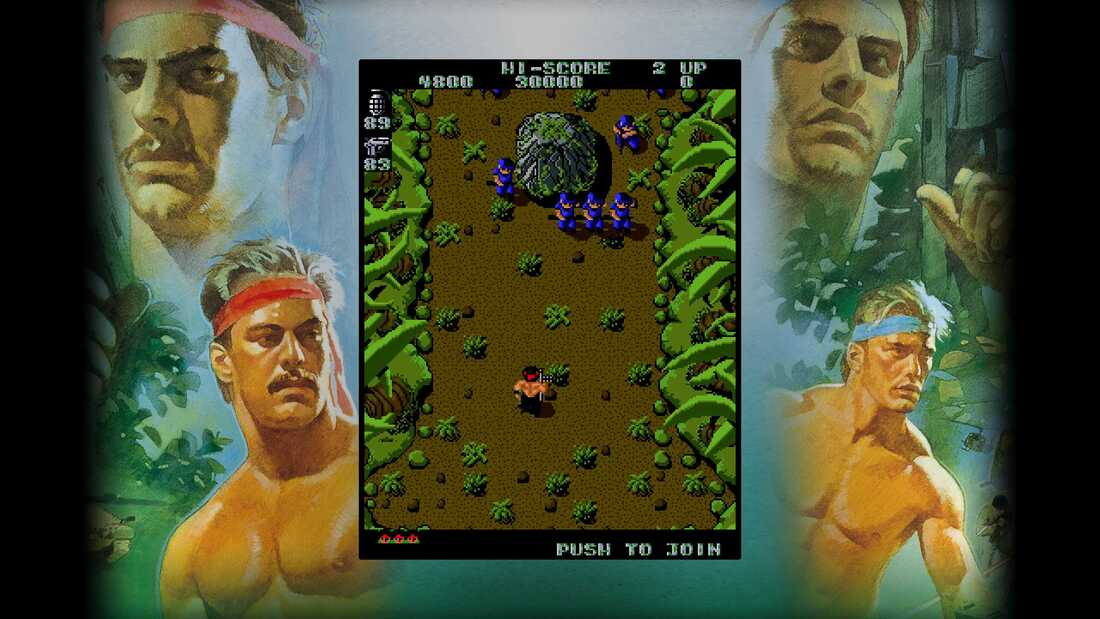 The game has a simple, straight to the point premise.  You play as Paul or Vince and your goal is to get to the Ikari village to defeat the boss.  There is only one stage in the game, but it is a fairly long one.  Along the way you will have to fight off an army of enemies trying to kill you.  I’m not kidding, between the ground troops and vehicles I felt like I took out a few hundred soldiers before I got to the end.  While there is not a lot of variety between the units and vehicles, there are a lot of them. 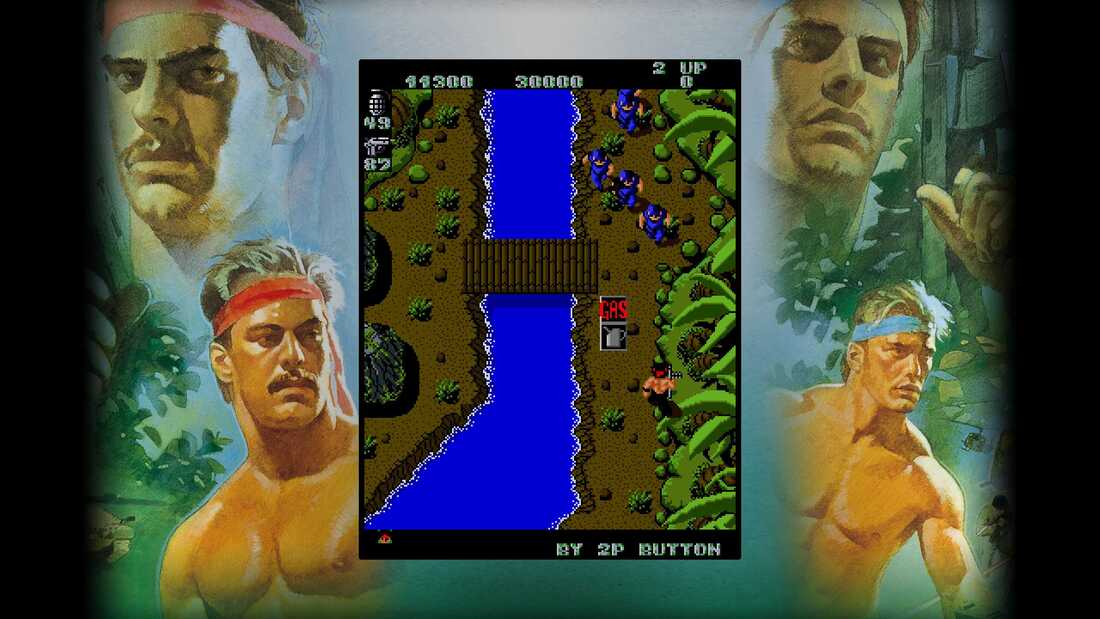 The player has the ability to shoot in eight different directions and can move one way while shooting in another.  This is incredibly important since enemy soldiers will attack from every direction.  You also have grenades which do explosion damage and are needed to take out enemy fortifications.  Enemies drop weapon upgrades and player boosts that will help you progress.  You can even take control of tanks and use them for a short while.   The game does give you plenty of ways to help you out against the waves of enemies it sends at you.  However, this is a one hit and you lose a life game so being careful and observant are extremely important as well. 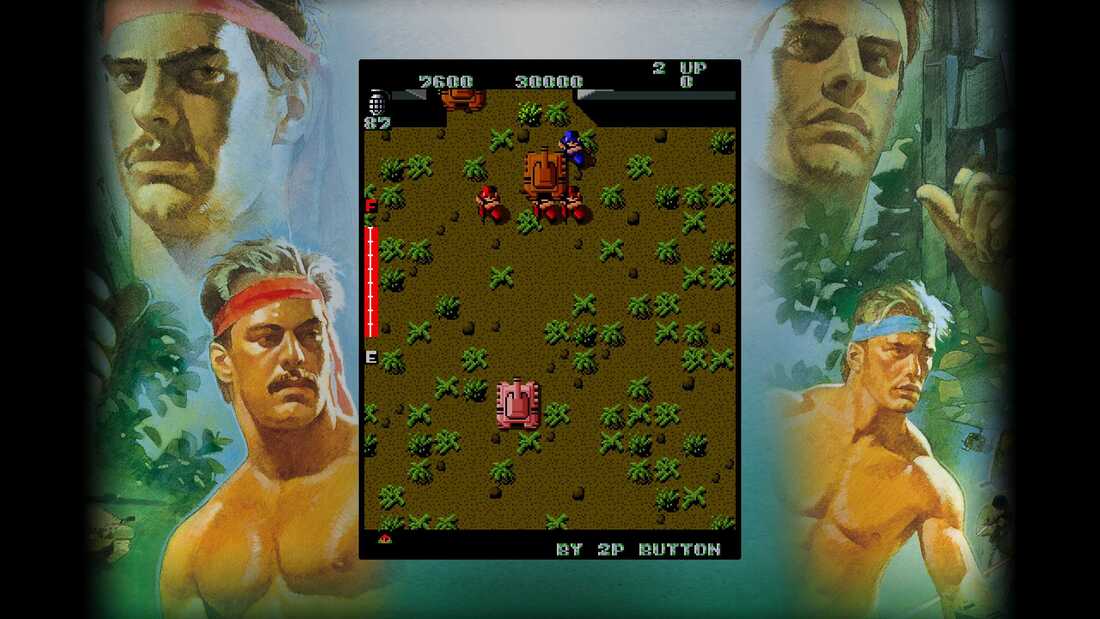 As with most arcade games, the game looks and sounds good even today.  The game reuses most of the same terrain, background and enemy graphics for most of the game so you will be seeing mostly the same images for the hour or so it will take you to beat this game.  I especially liked how player one looks like Rambo.  The game also has decent music and sound effects.  Nothing outstanding, but definitely not deafening.

I have mixed feelings about this game.  On one hand, I liked the graphics, movement controls and how the game did explosions with grenades.  On the other hand, this game was ridiculously hard, even for an arcade game.  Would a second player really have been that much more helpful?  Was I just not that experienced playing the game?  Valid questions, but in the end the real question is did I enjoy the game?  Ultimately, I did and that is the reason I plan on trying out the other two games in the series in the near future.