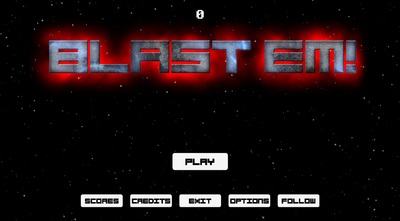 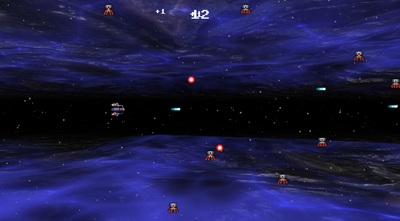 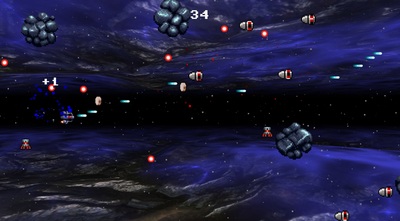 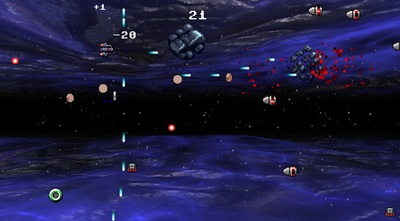 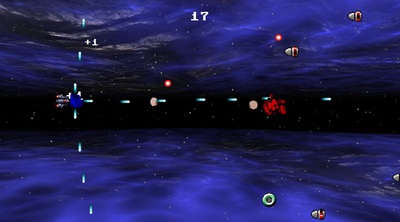 Review
by Thonos
2/12/2016
​
When I see games like Blast Em!, I see an indie game.  The game uses only few decent looking graphical sprites and from what I could tell only one motion background.  The music and sound effects are decent at best.  And while this game can provide a challenge for a small amount of time, the game does show some flaws that need to be mentioned.  In the end this is a good start to a game, not a finished product.

In Blast Em!  all you do is control your ship with the mouse.  The game automatically fires for you.  The screen scrolls for you.  Your only job is to shoot everything in front of you.  Destroyed enemies drop coins that can be picked up an act as a score.  This is also your currency which is used to purchase upgrades as they fly by one the screen.

The game only has three powerups that I was able to find.  One has your ship fire faster, the second one has the ship fire three ways (up, down and straight) and the last one pulls coins toward your ship.  From what I can tell these power ups last a good amount of time, but they will wear off.  They also can be combined so you can have all three active at once.  More variety in power ups would have been nice, however the ones we get here do work.

The game suffers from some problems, mostly it's lack of content.  A game like this is simple in concept.  The challenge comes down to reflexes.  Without content, once you get used to the game you get bored with it quickly.  The other big issue is that it is a one hit, one kill game.  Now that by itself is not a big deal, but when you throw in that between the motion background, the enemies, the bullets from the enemies, and the screen shaking (this cab be turned off), getting hit once can happen quickly.  One can look at this as replay value to get better at the game, which is true, it can also be looked at as a cheap tactic to cover up for the lack of content.

Blast Em! is not a horrible game.  The game plays like its description says:  Shoot everything, hard game play, never the same game twice.  The last part is true, I never had the same enemy patterns twice in a row or powerups spawn in the same place.  But after putting some time into this game what I mostly see is a game that is not finished and could have been more if there was more content in it.