Arslan:  The Heroes of Legend Review 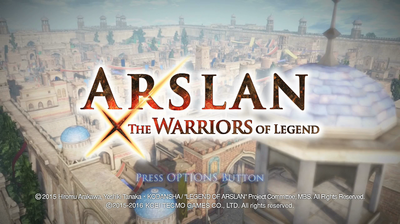 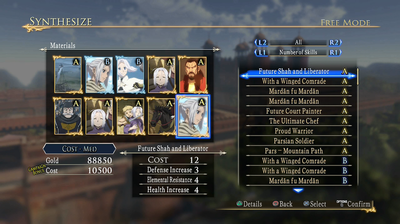 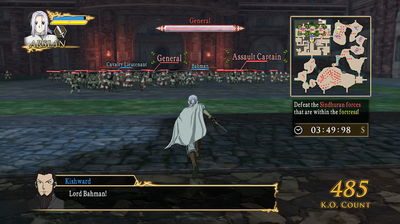 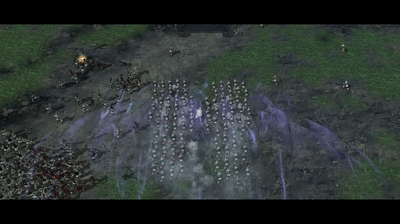 Over the last few years Koei Temco have been branching out from there Dynasty Warrior games.  Games like Dynasty Warriors Gundam, Hyrule Warriors and Dragon Quest Heroes are all Dynasty Warrior games but use characters and stories from there respective franchises.  While these games have there own flaws, I overall still found Dynasty Warriors Gundam and Hyrule Warriors to be fun games (I have not played Dragon Quest Heroes yet).  So now here comes along Arslan:  The Warriors of Legend, a franchise that I never heard of but looked interesting based off what I read about the game and the anime.  After playing the demo I picked the game up and overall I was slightly suprised with the game.

Arslan:  The Warriors of Legend follows the story from the anime The Heroic Legend of Arslan.  The fictional story takes place during medieval times and centers on Prince Arslan of the kingdom of Pars.  Without going to far into the story, Pars is at war with another nation and after a particular battle Arslan finds himself cut off and alone.  After regrouping with Daryun, his protector and one of Pars strongest fighters, they set off to assemble an army to take back there capital and country.  Along the way they meet a varied cast of characters that join there cause.  For someone who never watched the anime or read the manga, the story was easy to get into and while it might not be the most original story I have heard of, it was still interesting enough to keep wanting to know what came next.  The actual story goes into much more detail then what this small paragraph mentions, but I don't want to say much more since I found the story interesting and a strong part of the game.

Part of the reason I found the story so interesting was how the game presented it.  The story is told through animated cut scenes and dialog that looked great.  These scenes are not directly taken from the anime, they were recreated for the game.  I also liked that once a mission was over, you went right back to the story, no stat screens or options. I started to watch the anime while I was playing the game and the game follows the anime pretty closely.  While the game does take some liberties with some scenes from the anime, this is somewhat to be expected since if they didn't half of the missions in the game would be done in a matter of minutes.

The mission structure follows most Dynasty Warrior games.  Defeat groups of enemies, move towards the target on the map, beat a powerful character, rinse and repeat.  The two main differences is timed objectives and multiple characters per battle.  Timed objectives can vary but usually have a time limit and a KO count.  The faster you complete the objective and the more enemies you defeat leads to a higher rating for the objective.  This rewards gold and skill cards.  Also, when going through a mission it is very common for you to start playing as one character and once that character reaches a certain point on the map, the game jumps to another character.  I enjoyed this mechanic, it let you play a variety of characters while going through the story while showing how each character affects the battle.

The actual gameplay and combat in the game is not much different from any other Dynasty Warrior game.  Mash the attack button to do combos, combine the attack button with the special attack button to do a heavy attack.  Fill up your special bar by attacking enemies and when it is full do a super special attack that takes out a large group of enemies around you.  If you never played a Dynasty Warriors game before that is the basic idea of how the combat works.   This can be repetitive for some, but fun for others.

Each character has there main weapon and another unlockable weapon they can switch between freely after they are unlocked.  It was nice that each character has multiple weapons, it let you change your playstyle with a button press depending on the situation.  Also, as you use a weapon more and more you unlock different element attacks that can be done, like fire or poison.  I found these to come in handy when fighting bosses.  I also liked how each of the games 15 characters played differently, I ended up having a few favorites before the game was done.

The game does have some unique features to it.  One is the Mardan Rush, strategic points that show up on the map that when activated initiate a massive rush of soldiers that usually is used to break through a point on the map.  During this rush you control the direction of rush and at the end of it depending how high you got your hit counter to go you will get skill cards and gold.  Another feature is recipes, which allow you to eat food before a mission that gives you a buff like extra health or more damage.  You find recipe books by completing certain objectives during missions.  These are a nice touch, however I did not use them much.

The skill cards you get from completing objectives during missions was another interesting game mechanic.  Depending how fast you complete objectives you will get skill cards of varying rank.  These cards can be assigned to characters to increase some of there base stats or depending on there rarity will give you special effects when doing a mission.  Cards can be combined and new cards with higher rarities can be created.  Each character can be assigned three cards and by putting three cards on the same character you might get a card set bonus which can greatly increase your stats.  This is a neat mechanic and getting good skill cards can really give you an edge when in battle.

Besides Story mode, the game has a Free mode that lets you play any completed mission using any unlocked character.  Free mode also lets you access other missions that do not tie directly into the main story.  There is also an encyclopedia that goes into more character details, terminology used in the games universe and a chronology of events.  The gallery lets you see character models, movies and scenes from the story.  Overall if you are a fan of the series there is a lot of content to look through or if you are interested in the manga/anime the game is based on.  There is also an online mode that lets you play cooperatively online, however this mode was not tested for this review.

Graphically this game looks really good for a Dynasty Warriors style game.  The battlefields do feel a little under detailed but I thought the use of cel shaded models for the characters was a great decision.  I thought the audio was also well done and I had no problems with how everything sounded.  One small issue is that all of the character voices are in Japanese.  While this may bother some, being a veteran of these types of games, I am used to this and had no problem quickly reading the text on the screen while doing combat since I could not understand what was being said.  You can always pause the game and look at he history to see what was said if you missed something.

I had two concerns with this game.  One was besides the Story and Free modes, there is not much else to do in this game.  You can keep going through Free mode to max level all of the characters and and play through all the side missions, however doing this does nothing for the actual gameplay.  The second issue is that (SPOILER AHEAD), the game follows the anime and ends with the conflict not resolved.  I feel that they should have waited until season 2 of the anime was done and over with then came out with a game that told the whole story.  Then again, depending how this game does they might just do that anyway.  Anyway, those were my two main concerns but for some they might not be a concern.

The game has 26 story missions plus the extra missions that can be done in Free mode.  Story mode took around 10 hours for me to get through, which wasn't bad.  The game has four difficulty modes which do actually feel different.  Easy mode is there if you want to just see the story while normal is what you play if you and the experience the story with the standard combat difficulty.  Hard and Extreme difficulties will rewards you better skill cards for defeating objectives, but besides that and the added challenge there is little reason to venture into these difficulties.

I had a lot of fun with Arslan:  The Warriors of Legend.  I knew nothing about this game and after playing it I am looking forward to season 2 of the anime.  The one thing about this game which was mentioned in this review many times was its comparisons to Dynasty Warrior game.  If you are not a fan of those type of run around hack and slash hundreds of enemies, you are probably not going to like this game.  However, if you do enjoy Dynasty Warrior style games, the franchise the game is based on, or just have a interest in it, I feel that you will enjoy this game.